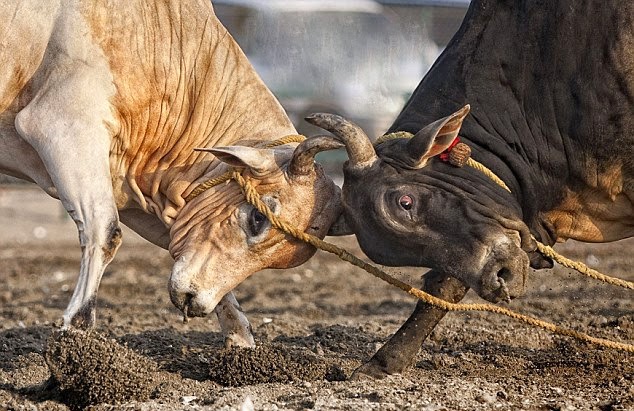 to begin to argue or fight

A ranching family is asking the state Supreme Court to weigh in on a fight over a $600 million proposal that calls for piping billions of gallons of water from rural western New Mexico to more populated areas of the drought-stricken state.
Attorneys for Ray and Carol Pittman filed a motion Monday asking the court to order the state’s top water official to reject the latest application by Augustin Plains Ranch to pump and pipe water to supplement dwindling supplies in the Rio Grande Valley.
The commercial venture’s previous application was rejected two years ago. It was one of the most contested filings in the history of the state engineer’s office, and critics also have raised concerns about the latest application.
The court filing argues the application seeks to appropriate about 17.6 billion gallons of water a year but fails to indicate how or where the water will be used.
“By keeping the intended use vague, the ranch hopes to speculate in future water markets and ultimately sell to whoever the highest bidders may be in seven counties,” said Bruce Frederick, an attorney with the New Mexico Environmental Law Center, which is representing the Pittmans.
Frederick said that under state law, the state engineer has a duty to dismiss applications that fail to state a purpose for the water or an end user.
The state engineer’s office is reviewing the latest application but has yet to make any decision.
Officials with Augustin Plains Ranch said the court filing is an attempt by opponents and special interests to block what would be a public process if the state engineer grants a hearing on the application.
“Their desire to use the court to circumvent the state engineer before that office has had a chance to do its job puts the cart before the horse and wastes time and money,” said Whitney Waite, a spokeswoman for the ranch.
She said the latest application is more specific than the last one and includes information about the feasibility of the project, technical details and demand for drinking water. 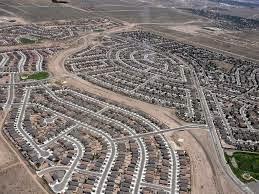 And here's a more detailed account from the
New Mexico Environmental Law Center:
.

Santa Fe, NM — Today, a retired couple from western New Mexico asked the state Supreme Court to order the State Engineer to dismiss a massive speculative water appropriation application from Augustin Plains Ranch, LLC (“APR”).
In their petition for a writ of mandamus, filed by attorney Bruce Frederick of the non-profit New Mexico Environmental Law Center, Ray and Carol Pittman state that a second application filed by APR this summer is “identical in all material respects” to the application that APR filed in 2007. The 2007 application was denied by State Engineer Scott Verhines and a District Court after five years of litigation. Just like the 2007 application, the 2014 application seeks to appropriate 54,000 acre-feet of water per year (afy), but fails to indicate exactly how or where the water will be used, as required by the state Constitution. “By keeping the intended use vague,” said Frederick, “the Ranch hopes to speculate in future water markets and ultimately sell to whoever the highest bidders may be in seven counties.”
Under state law, the State Engineer has a non-discretionary duty to dismiss applications that that fail to specify any particular purpose or place of use of water or end user. Courts use writs of mandamus to compel recalcitrant government agencies to perform clear duties required of them by law. In this case, the Pittmans petitioned the state Supreme Court to “order the State Engineer to promptly reject [APR’s] 2014 application.” “The State Engineer must reject the 2014 application for the same legal reasons that he denied the 2007 application,” said Frederick.

The Pittman’s efforts come in response to legal maneuvering undertaken by APR and the State Engineer this summer. The Pittmans along with 80 neighbors eventually persuaded the State Engineer and a District Court to deny APR’s 2007 application because it was ‘vague, over broad, lacked specificity, and the effects of granting it cannot reasonably be evaluated.’[1] APR then appealed to the Court of Appeals, where the case was fully briefed.
Read it all here:
http://nmenvirolaw.org/site/more/residents_ask_state_supreme_court_to_rule_in_augustin_plains_water_grab_cas 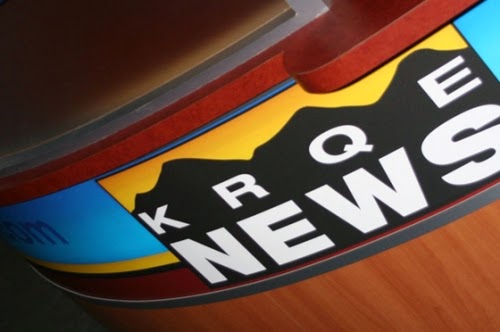 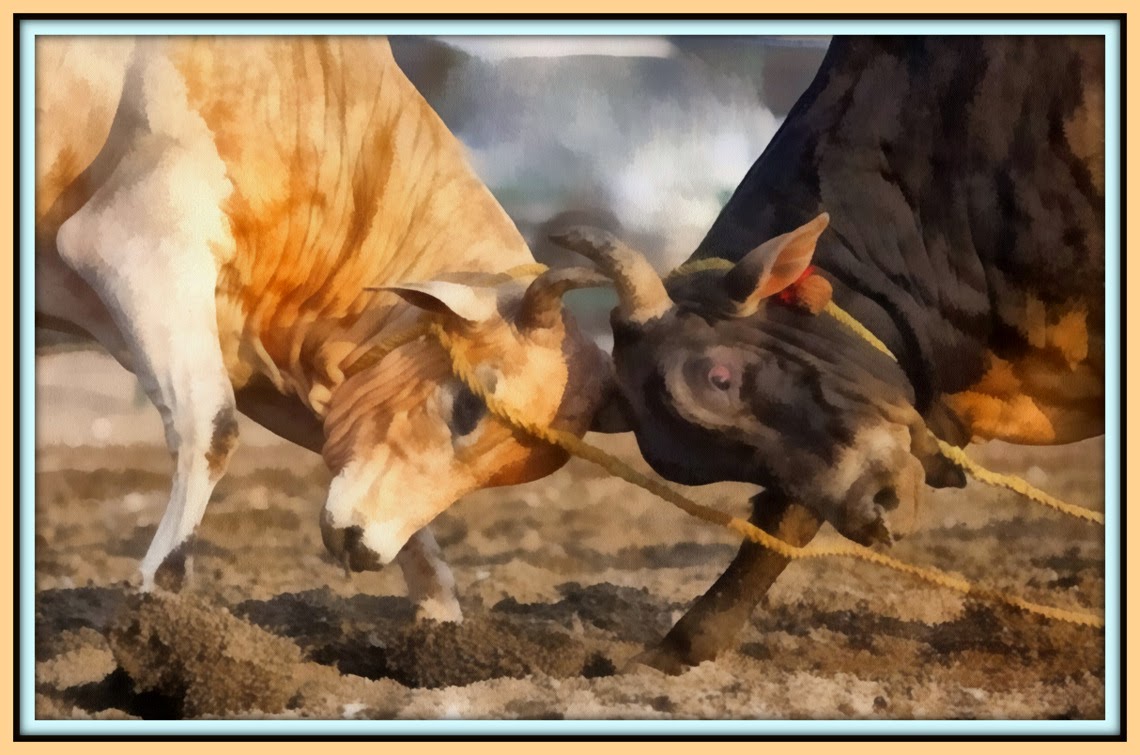 The battle between the forces of light and those of darkness
is a subject/theme that's been explored by artists of all types -
painters, musicians, writers, and now even television and film creators -
for as long as man's mortal mind has been aware of
spiritual realties that exist here on earth.
The battle is ancient, real, and ever-changing.
And of course, the most well known soldier
in the war against the forces of darkness,
at least as far as Judeo/Christian mortals are concerned,
is Saint Michael the Archangel.
. 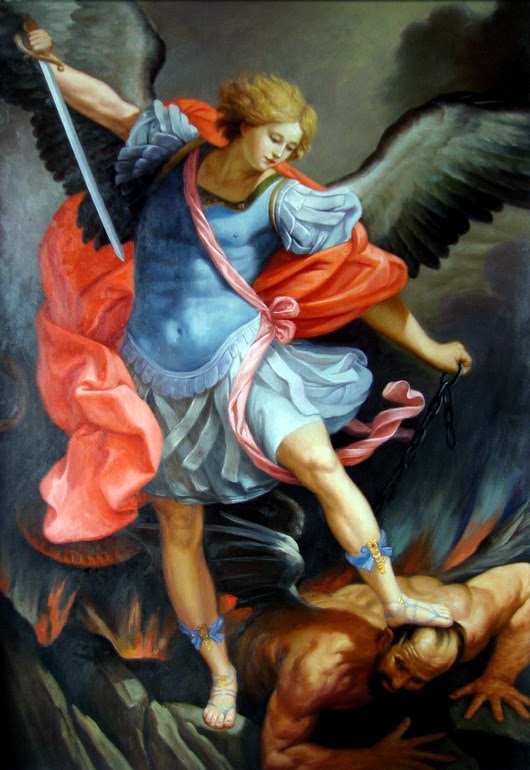 .
How fitting that today (9/29) we celebrate the feast day
of Saint Michael the Archangel, the protector
and patron of the people of Socorro
and the local region -
(San Miguel, Spanish for St. Michael).
The Socorro County Commission has
come out AGAINST the WATER GRAB.
"The fearlessness and fidelity of this mighty champion roused
the faithful Angels, who rallied to his standard, repeating with
one accord: "Who is like unto God?" Then followed that
tremendous battle between the good and the bad Angels which
St. John describes in Revelation: "And there was a battle in
Heaven: Michael and his Angels battled with the dragon, and
the dragon fought and his Angels. And they did not prevail,
neither was their place found any more in Heaven. And that
great dragon was cast down, the ancient serpent, he who is
called the devil and Satan, who led astray the whole world"
Revelations 12: 7-9
. San Miguel Mission in Socorro.
Below, a whimsical wood carving of the saint
from northern New Mexico.
. 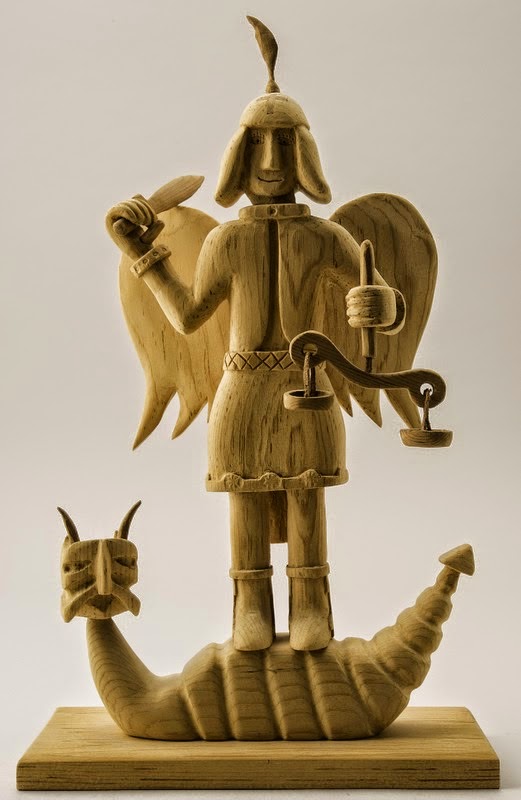 .
St. Michael the Archangel, illustrious leader of the heavenly army,
defend us in the battle against principalities and powers, against the rulers
of the world of darkness and the spirit of wickedness in high places.
Come to the rescue of mankind, whom God has made in His own image
and likeness, and purchased from Satan's tyranny at so great a price.
Holy Church venerates you as her patron and guardian.
The Lord has entrusted to you the task of leading the souls
of the redeemed to heavenly blessedness. Entreat the Lord of peace to cast
Satan down under our feet, so as to keep him from further holding man
captive and doing harm to the Church. Carry our prayers up to God's throne,
that the mercy of the Lord may quickly come and lay hold of the beast,
the serpent of old, Satan and his demons, casting him in chains into
the abyss, so that he can no longer seduce the nations.
From the English version of Roman Ritual
.

.
Posted by Matt Middleton at 6:14 AM No comments: 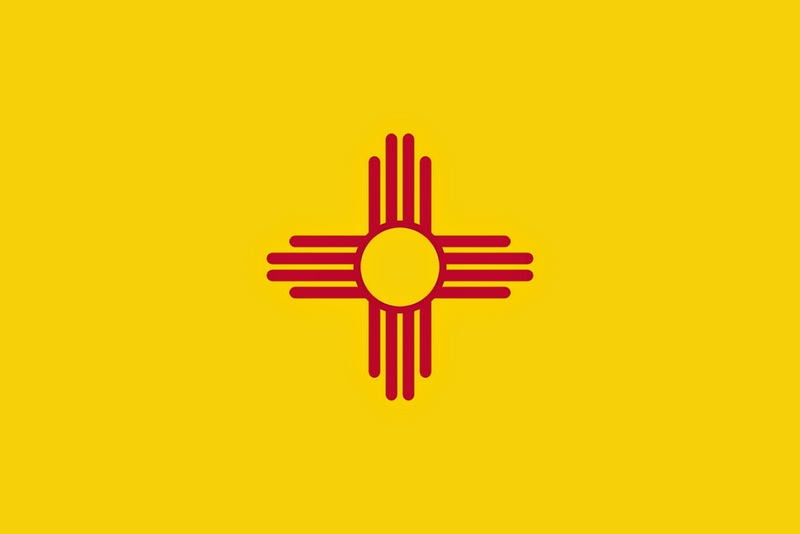 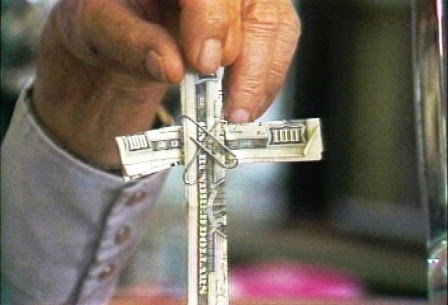 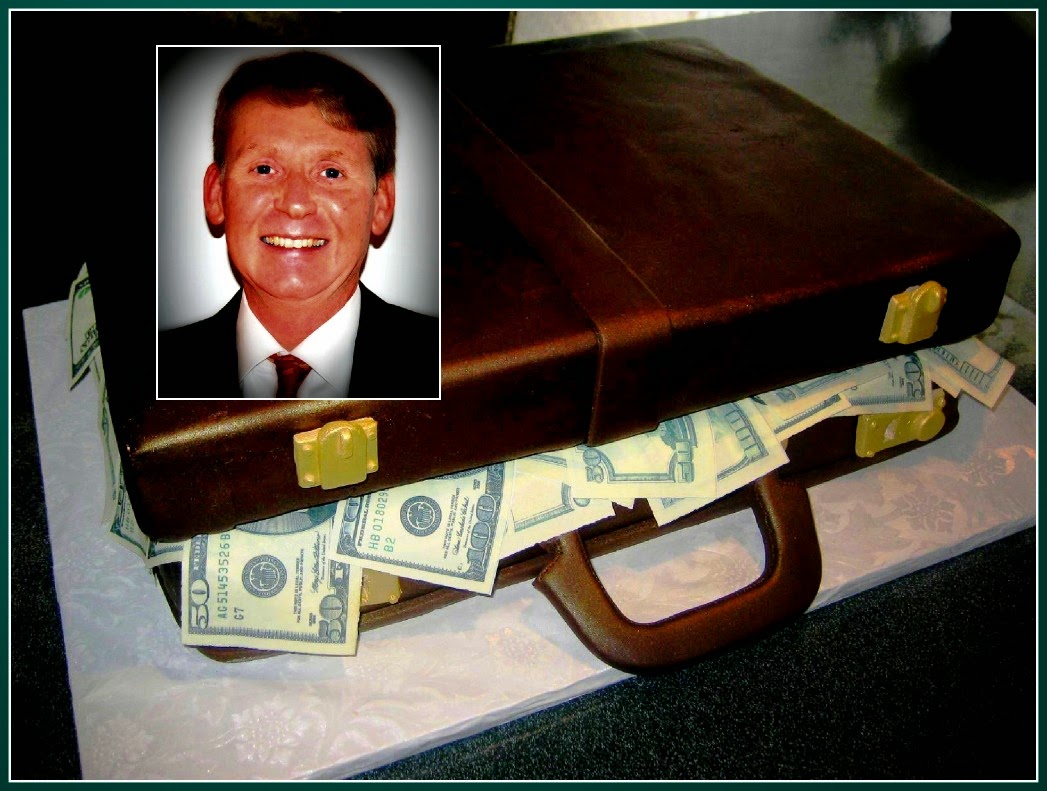 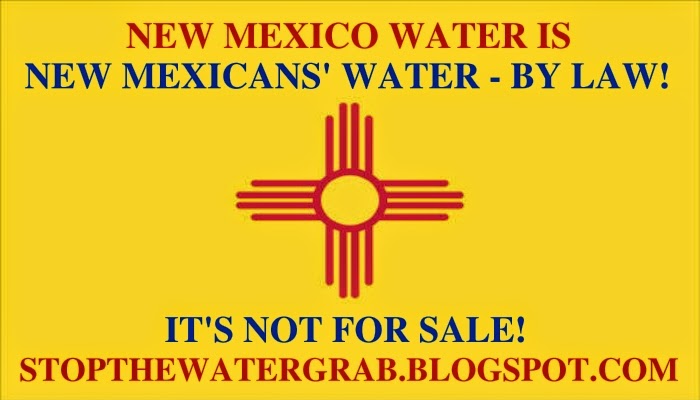 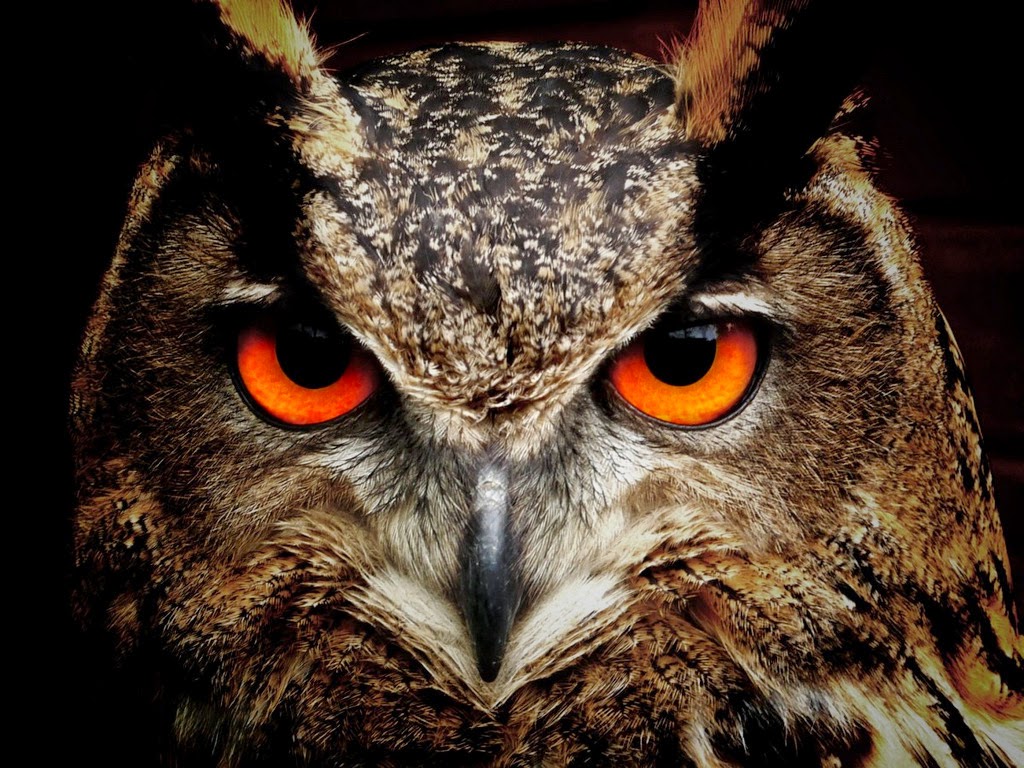