WHY GOD MADE BUMPER STICKERS 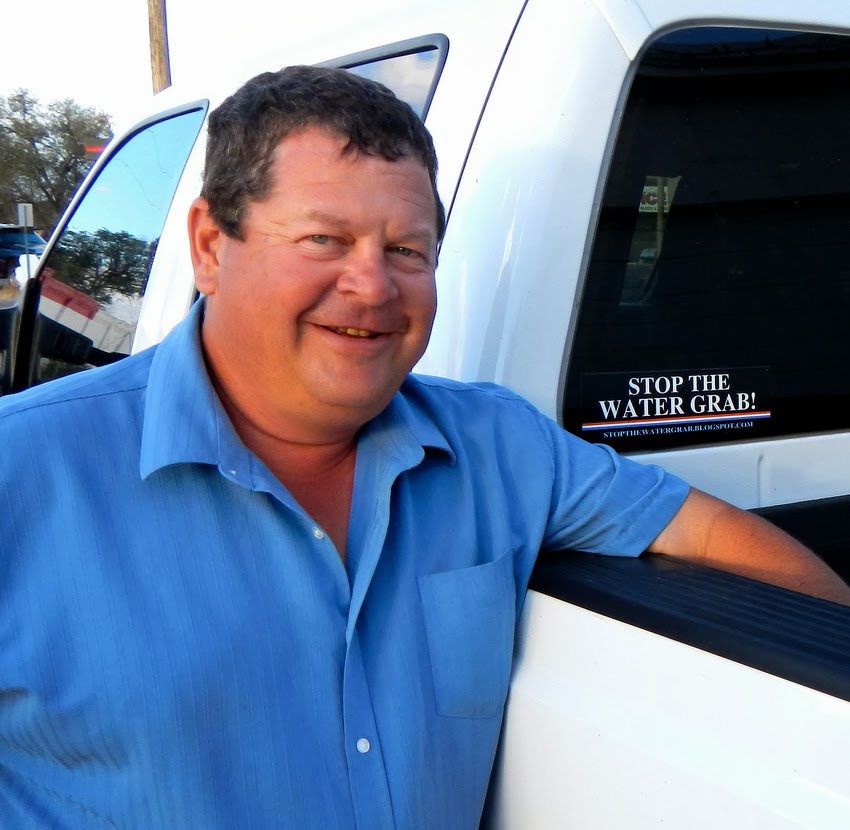 .
Socorro County Commissioner Danny Monette
(and his Ford pickup)
.
Danny Monette got involved with the issue seriously
after the fund-raiser for the San Augustin Water Coalition
held at The Golden Spur Saloon in Magdalena
last February, which he attended.  Since then
he's done a LOT of GOOD for the cause.
He's a politician in the best sense.
He's got his eye out for what's real, and what's bullshit,
and has actively been educating people about the
WATER GRAB, and what it means in the big picture.
We caught Danny yesterday, by luck, and he gave
us some encouraging news about things.
Here's just a small byte of an interview
we had with him.
.
Danny, what's happend on the county level?
.
"What the county did - they came out as a "Protestant" now in
the legal fight against the Water Grab, and our county attorney
has a ranch over by Alamo, and he's personally against it.
There's a LOT of people totally against this.
I'd say 99.9%. "
.
Well, you've gotten new credentials since we saw you last.
.
"Yeah, I got put on the Executive Board of the
New Mexico Association of Counties, and I represent five
counties in the area.  And at the state conference in Clovis,
I was elected to serve on the national board of the
WESTERN INTERSTATE REGIONAL CONFERENCE,
which includes all of the Western states.
It's involved with policies and procedures regarding
public lands coming out of Washington, and their impact,
and issues of importance to the West in general.
.
Ninety percent of the people on this deal
are ranchers or farmers,
and they ask me about the BUMPER STICKER,
.

.
and they want to know what it "represents."
And I explain to them what's going on out at the
San Augustin Plains, and they are 100%
in favor of stopping it.
I'm getting a LOT of support.
.
I'M LOVIN' IT!
I think it's great, because these people have values,
and they have long histories of agriculture in their
background, and they realize what these people,
the foreigners here, are tryng to do to us.
To our industry.
It's good!"
.
More from our interview with Danny Monette to come.
. 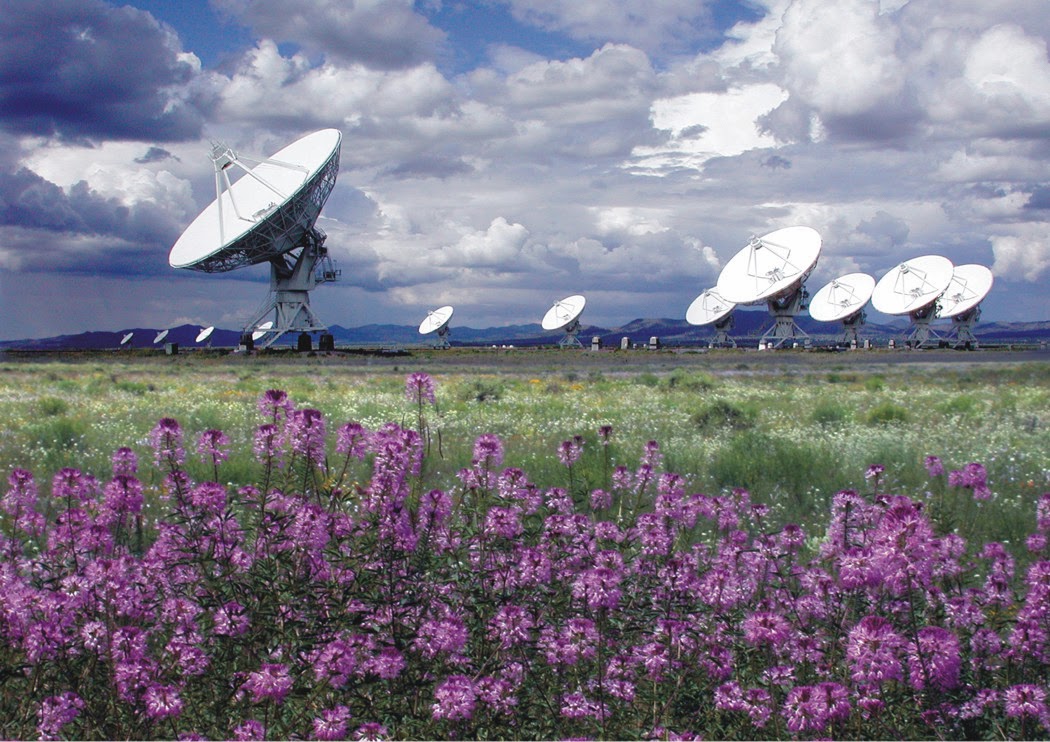 .
The VLA, Very Large Array, out on the Plains of San Augustin.
It's operated by the NRAO, the National Radio Astronomy Observatory,
funded with taxdollars through the National Science Foundation.
The NRAO is also one of the many "Protestants" in the legal fight
against the Modena Organization.
. 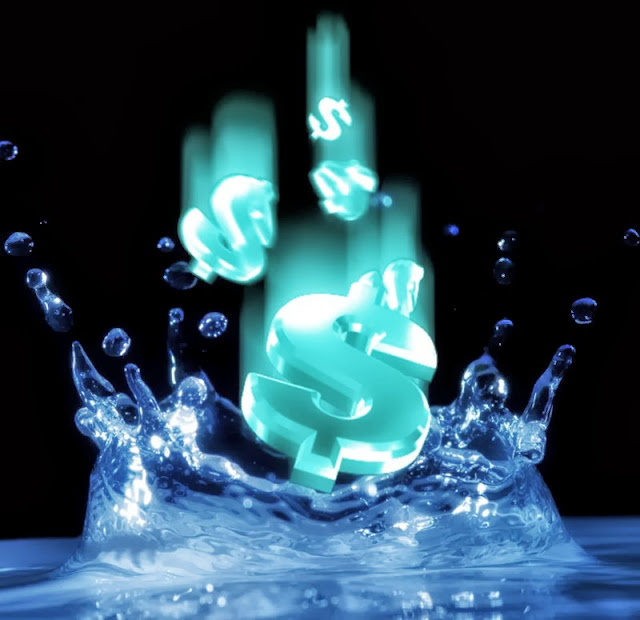 .
WATER MARKETS
.
"There is a very good reason that so many companies
are getting in on the water business.  As the world's
freshwater supply dwindles, the need to find new
sources rises, creating a brand-new market in a
sector where there was none before.  The brand-new
market has created a brand-new investment  opportunity,
and suddenly water has become a hot property on
the stock market.  There are at least a dozen major
water indexes as well as new exchange-traded funds
dealing exclusively in water.  As water analysts note,
water is hot not only because of the growing need
for clean water but because demand is never affected
by inflation, recession, interest rates or changing
tastes.  "Water is a growth driver for as long and far
as the eye can see," Deane Dray, water adviser for
Goldman Sachs, told the New York Times.
Lehman Brothers predicts that the number of
people served globally by investor-owned
water companies is expected to rise 500
percent in the next decade."
.
Maude Barlow
BLUE COVENANT
. 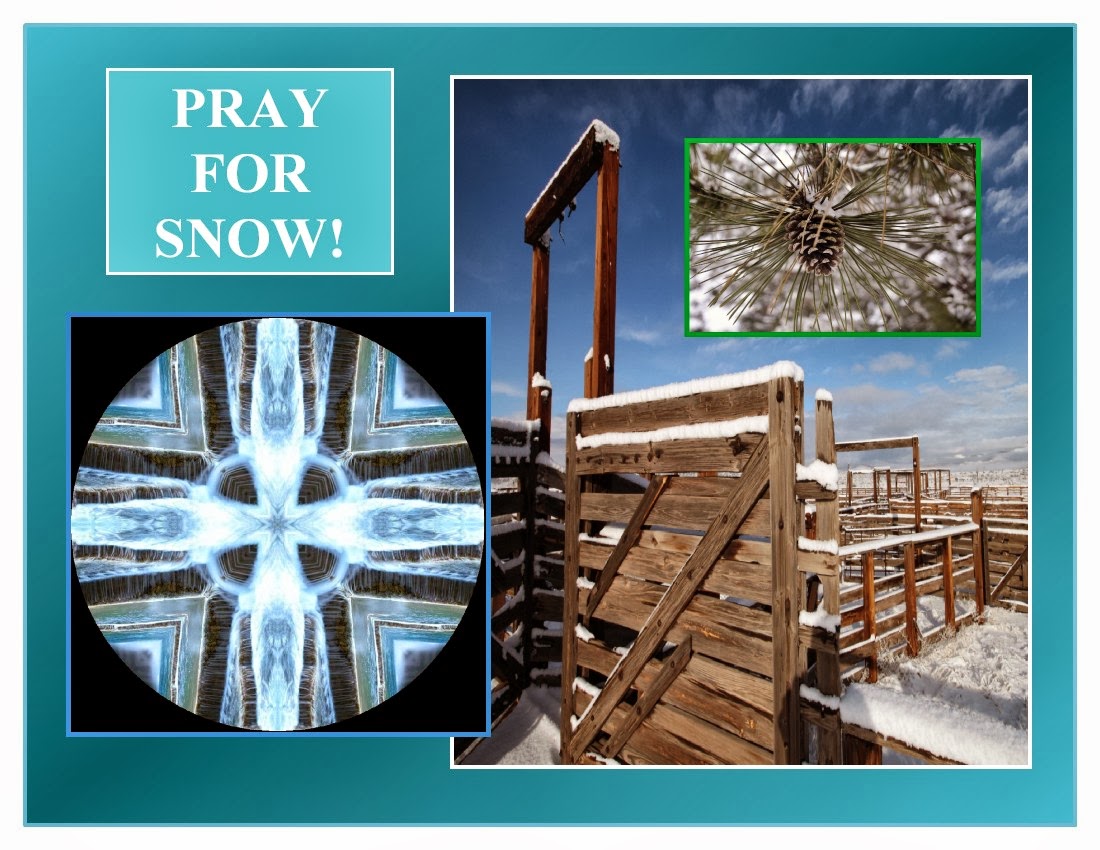