COULD THIS GET VIOLENT?

.
Could this get violent?
Well, a lot of people will be very
surprised if it doesn't,
because they're waiting for it,
expecting it - IF some bureaucrat
in Santa Fe is stupid enough to let the
foreigners try to move ahead any further with
this scheme.
.
No one wants violence, but it doesn't seem very
realistic to think that people are just going to
throw up their hands and walk away
if the foreigners get bureaucratic approval
on their someday-to-come new application
to the State Water Engineer's Office
or any other route they might take
on their present application, like
the New Mexico Supreme Court.
.
Is this all an ethical question, a moral issue?
You can bet the farm it is.
Could this War, this Water War,
be called, from a Catholic outlook,
a "Just War?"
I took 16 years of Religion, Theology, and Philosophy
in Catholic schools and universities.
The anwer, from what little I know,
is an absolute, unequivocal YES.
.
I wonder if Bruno, Vittorio, and their "investors"
are prepared for any of this?
Ya' think they watched any of those
"Spaghetti Westerns?"
. 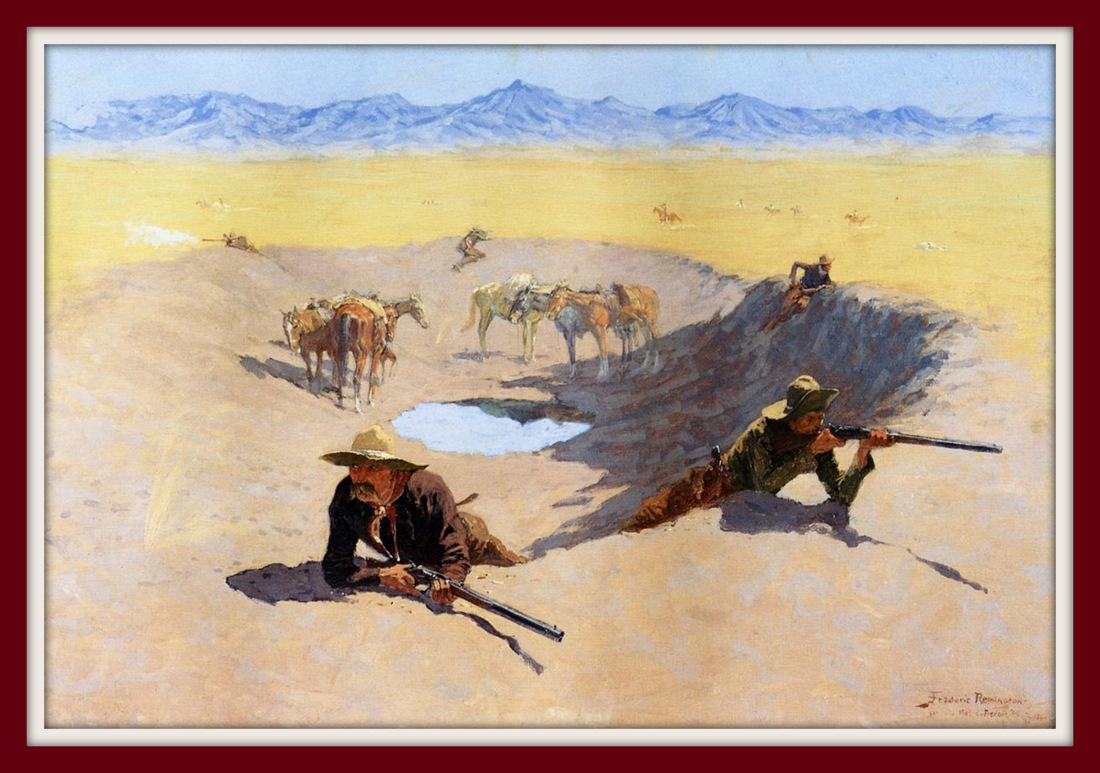 .
"Fight for the Water Hole"
Frederic Remington (1861-1909)
.
"President Teddy Roosevelt championed Remington
because his art celebrated American individualism,
self-reliance, and stamina - qualities that Roosevelt...
valued highly and considered endangered.
It is no accident that Remington's Fight for the Water Hole (1903),
a painting that celebrated the heroism and bravery
of a last stand fight for survival, appeared as a frontispiece
in the fourth volume (1904 edition) of Roosevelt's
sweeping saga, Winning of the West (1889-1896)."
From The Modern West - American Landscapes 1890-1950
by Emily Ballew Neff
. 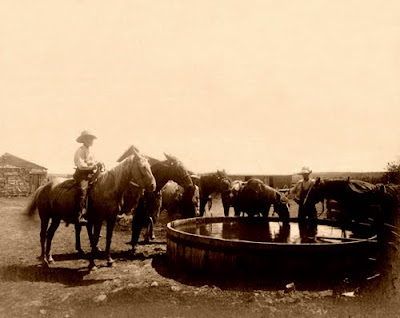 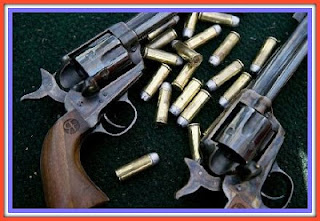