A LETTER TO THE LEGISLATURE 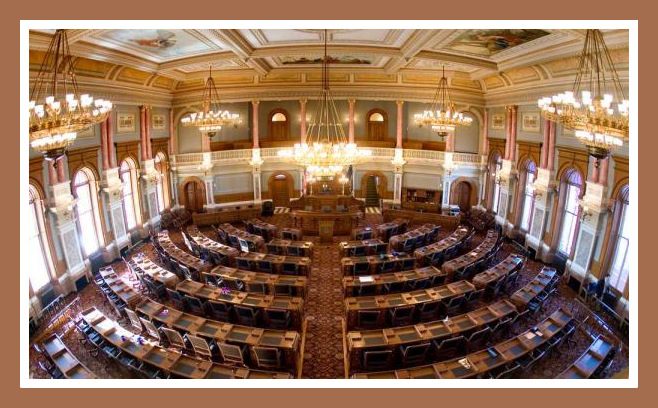 .
(This letter is being sent, personalized, via email,
to each member of the New Mexico Legislature, with a link.
The last batch of these went out Saturday 2/23.
I'm a slow typist.)
.
An Open Letter to the Members of
THE NEW MEXICO LEGISLATURE - 2013
.
Honorable Ladies and Gentlemen of the Legislature,
I ask for just a moment here.
.
The small deluge of water-related bills before you now,
such as SB 440, HB 19, HB 181, and apparently more,
need to be looked at carefully.  All of them pose grave
risks for New Mexico's water future - all of them are
shortsighted - all of them have implications that no one
seems aware of.  Some of this seems like an effort to
win some political points on a hot-button issue during
a draught, some of it seems far more devious.
.
This water legislation poses serious problems for an issue
that calls for wisdom and insight - not quick decisions
made in the middle of a draught.
PLEASE don't let water be comidified -
turned into money - at this point.
(Well, it already is to some degree,
but don't let it get any worse.)
Let there be a close look at what's possible,
with some realistic objectives.
Let there be some common sense, as well as a
recognition that water belongs, by law, to New Mexicans.
Foreign-owned corporations cannot be allowed to get their
hands on the water,
and SELL IT BACK TO US!
.
Here in  west-central New Mexico, we are facing the nightmare
of having foreign investors propose to take 54,000
acre feet of water per year from beneath the
San Augustin Plains, for up to 300 years they say,
and sell it back to New Mexicans, for God only knows
what kind of prices.  They refuse to show a business plan;
they refuse, actually, to be seen.
.
The most recent Project Director
for the Augustin Plains Ranch LLC,
the current mouthpiece for these foreigners,
is Michel Jichlinsky, the target of a federal investigation
for what went on when he was President and CEO
at the Louis Berger Group, a big-time federal contractor,
when they allegedly stole millions and millions of
taxpayers' dollars, by overbilling and fraud
of every type imaginable, for years and years.
(See the post on my site listed on the right column
up above titled "WHO'S MICHEL JICHLINSKY?
A THIEF?")
He's not American.  His loyalties aren't here.
He writes letters to the editors of papers in the area,
but hasn't shown his face at any meeting.
.
Someone needs to come forward, and become a
hero, a saint.  Someone needs to introduce legislation
that would make it totally impossible for foreign-owned
corporations to get their hands on our water.
This has to be done - if not, this craziness will
be popping up from under every aquifer in the state.
It's UN-AMERICAN.  Period.
It's also unethical, immoral, and just plain wrong.
It's OUR water, not theirs!  By LAW!
.
If someone would come forth on this issue, I can assure
you they will get overwhelming support from across
the state - and one heck of a lot of media attention.
It's a possibility, an opening, for someone to
get the spotlight, legitimately, on something
that really, really matters.
It's a chance to stand up for New Mexican and
genuine AMERICAN interests, if someone
is up for it.
.
And it actually IS
a real chance to be a hero, a saint (don't laugh -
that's pretty much the way some people would see it).
I think....no, I KNOW, the vast majority of
New Mexicans could agree on this one point:
we simply can't let foreign interests get our WATER!
And I'm not overplaying the issue - in the slightest -
water is life!
.
Thank you for your time.
God Bless you all.
.
Matt Middleton
Magdalena, New Mexico
.