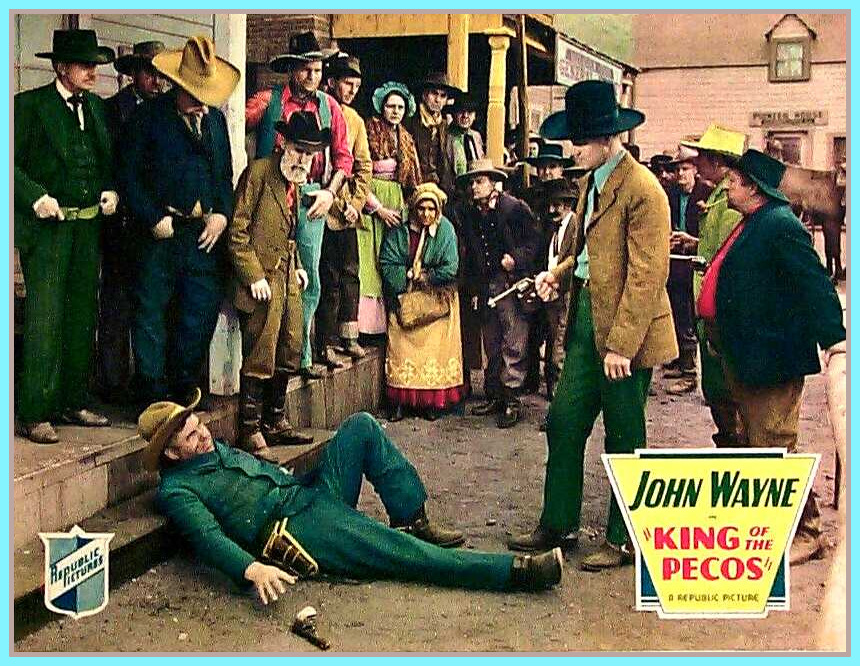 .
Water Wars of various types have been an
integral part of the plotline in a number of films
over the years, particularly "westerns."
These are cinema morality plays,
classic good vs. evil scenarios,
where either John Wayne, or Clint Eastwood,
or whoever the good guy may be,
takes on the evildoers, and of course,
IN THE END,
the bad guys either get blown straight to hell,
or leave with their tail between their legs.
Here are a few good ones.
. 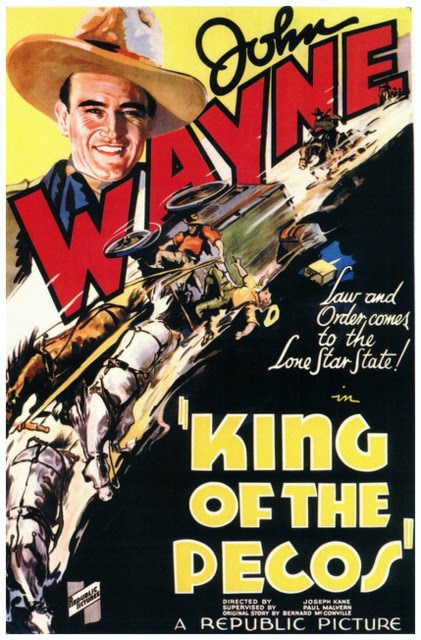 .
One of John Wayne's best pre-Stagecoach Westerns,
King of the Pecos (1936) is by B-picture standards
practically perfect, with 55 minutes of highly
effective, non-stop action and melodrama.
Made by Republic Pictures, where Wayne spent
most of his  1935-52 career,
the film is a violent, serious, period Western,
quite unlike the formula singing cowboy movies
for which the studio soon became best known.
.
In the '70s, in Texas, land-grabber Alexander Styles
(Cy Kendall) loosely interprets Right of Discovery laws
to gobble up a cool million acres ("Not bad for a start," he says).
At his side are two enforcers: a crooked lawyer
to help Styles buy up land on the cheap
and a sadistic killer, Ash (Jack Clifford),
to gun down those refusing Styles's pittance offers.
.
One of Styles's victims is a rancher named Clayborn
(John Beck), whose water-rich land is certain
to become prime real estate when trains come
through the territory in the near future.
In an opening sequence anticipating
Once Upon a Time in the West (1967),
Styles orders Ash to gun down the Clayborn family.
Their boy, John (Bradley Metcalfe, Jr.),
survives the shooting but Ash viciously beats him
unconscious with a tree branch before
leaving him for dead.

The boy returns to the territory 10 years later
as an attorney named John Clay (John Wayne),
a man who intends to use the law to take down
Styles and Ash. The King of the Pecos now
operates a land and water agency out of Cottonwood,
selling cattle to ranchers only to fleece them
later via worthless scrip payments and by
denying their cattle access to the water supply
he monopolizes.
("Sounds like a polite form of cattle rustling,"
John says sarcastically.)
.
Stuart Galbraith IV on dvdtalk.com
.
Below is the entire film (55 min) on YouTube.
(There wern't any short clips available.)
If you'd like a bigger screen, just click
on the film below and you'll be taken
to YouTube, where you can select
file size/screen size.  This is an excellent
remastered copy, not some flickering junk.
Gorgeous black and white cinematography.
. 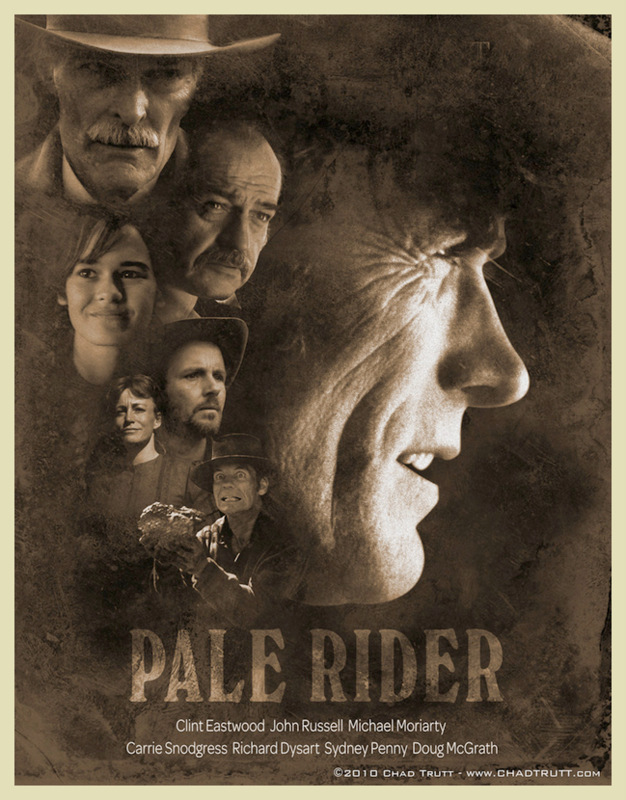 .
A mysterious and possibly otherworldly stranger
comes to the rescue of a frontier town in this Western,
which was strongly influenced by the
George Stevens classic, Shane.
The peace of a small mining community
is shattered when Coy LaHood (Richard Dysart),
the ruthless proprietor of a powerful strip-mining company,
arrives in town with his son Josh (Christopher Penn)
and a posse of hired guns to drive out the townspeople
and take control of the water and the territory.
. 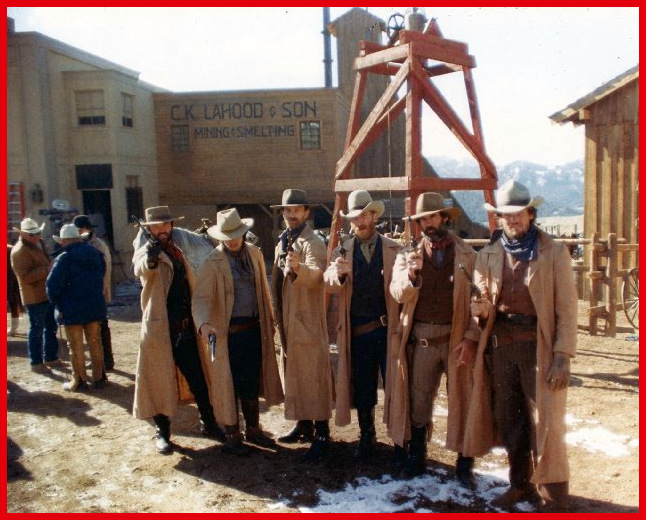 .
Megan (Sydney Penny), a young girl whose pet
was killed in the melee, prays to God for someone
to defend the village from the marauders;
soon, the Preacher (Clint Eastwood) arrives
on a pale horse, and joins forces with Hull Barrett
(Michael Moriarty), the unofficial leader of the miners
and one of the few who attempts to defend himself,
to take a stand against LaHood and his men.
As the Preacher and Barrett try to organize
the miners to fight the invaders, both Megan
and her mother Sarah (Carrie Snodgrass)
find they're drawn to the Preacher,
who keeps to himself and seems to have
more than his share of secrets.
. 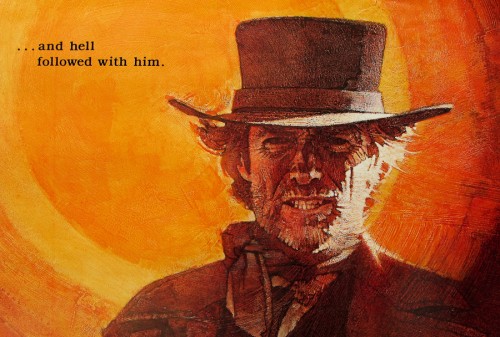 .
Pale Rider was also directed by leading man Clint Eastwood;
it was his first Western as both director and star since
the acclaimed The Outlaw Josey Wales.
.
Mark Deming
.
Below are a few brief clips from the film.
.
.
.
. 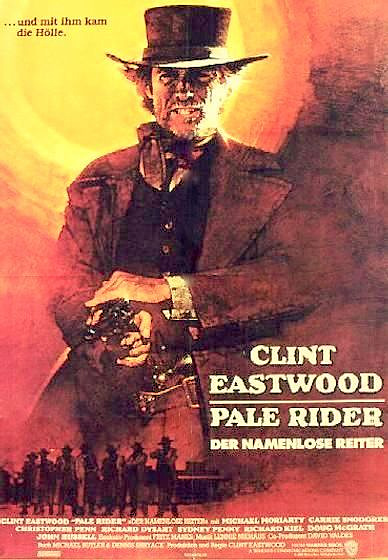 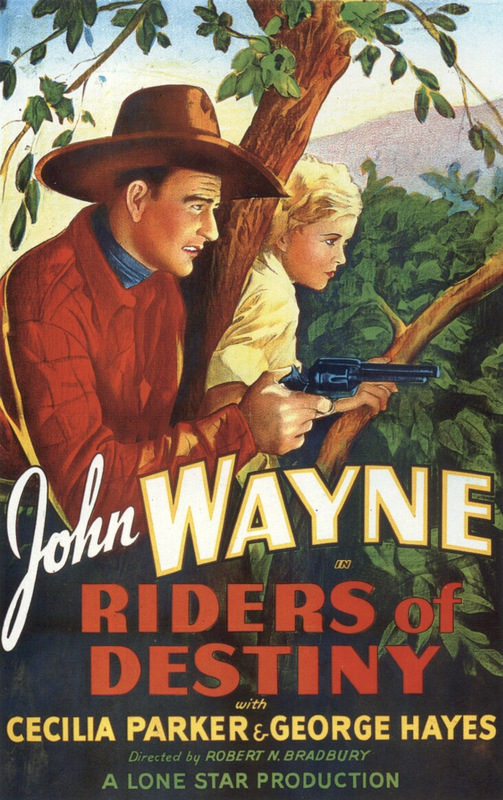 .
In the first of his 16 Westerns for Monogram,
John Wayne plays Singin' Sandy Saunders,
a drifter who witnesses what he at first believes
to be a stage robbery. In reality, the "road agent"
is a girl, Fay Denton (Cecilia Parker), and she
is "stealing" her own money in order to prevent
a phony stage holdup further down the road.
.
As Fay's father, Charlie "Dad" Denton (George Hayes),
explains, the culprit behind a rash of pretend
stage holdups committed by two bumbling drivers
(Al St. John and Heinie Conklin) is James Kincaid
(Forrest Taylor), who is also forcing the local
farmers off their lands by demanding an
outrageous price for his water.
.
When Sandy appears on the horizon,
Kincaid engages a notorious gunman, Slip Morgan
(Earl Dwire), but Sandy disarms the bandit for good by
shooting him through both wrists. Much to Fay's disgust,
Kincaid quickly hires the newcomer, now known as
"the most notorious outlaw since Billy the Kid,"
and Saunders suggests that they dynamite
Dad Denton's well, the only other available
source of water in the area.
It is all a ruse, of course, and Sandy
soon reveals himself to be a
government agent in disguise.
.
Hans J. Wollstein
. 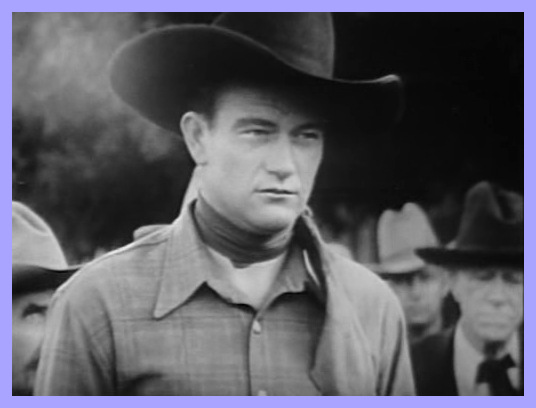 .
Below is a short clip, as well as the full film.
This movie has some interesting similarities
to the San Augustin Plains Water War.
.
.
. 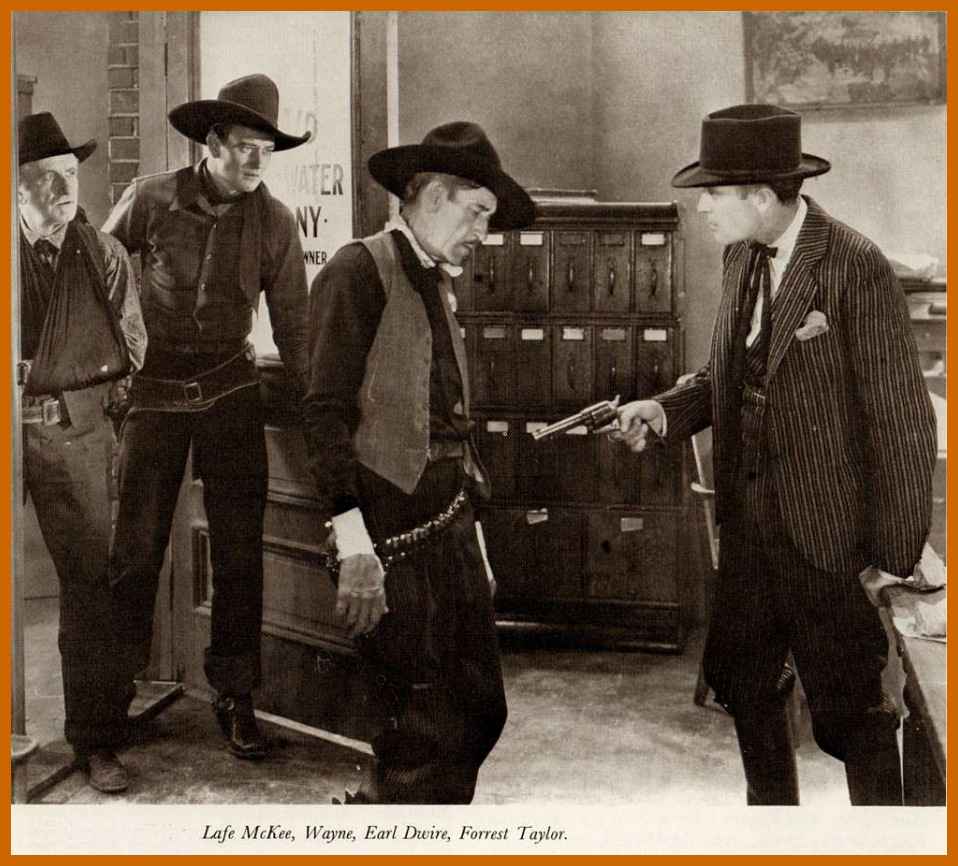 .
STOP THE WATER GRAB!
"The ability to breathe the air and drink the water
will be what the wars will be about from here
on in. And it's coming with
alarming rapidity."
William Shatner
. 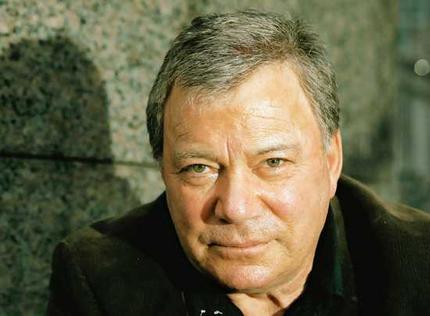