.
Draining the San Augustin aquifer will put an end
to the great hunting in our area - if not immediately,
then soon enough. Magdalena is the gateway to
some of the best elk hunting in the American West,
but pumping 54,000 acre feet of water annually
and piping it to points still unknown is going to
affect wells, and springs, and wildlife
all over the entire region.
So say scientists that have weighed in on the matter,
and so naturally the New Mexico Department of
Game and Fish is one of the many "protestants"
in the case against the foreigners.
Currently, the entire mess on their application
is before the state Supreme Court.  But this
case will be going on further - a new application,
new arguments, more New York lawyers, etc.,
ad infinitum.
Please "SHOUT OUT" to Governor Martinez
at the bottom of this page, and contact your
state representative and senator.
Please tell them:
NO!! ON THE SAN AUGUSTIN WATER GRAB!!
NO BAD SCIENCE!
NO FOREIGN OWNERSHIP OF
NEW MEXICO WATER!!
PERIOD.
. 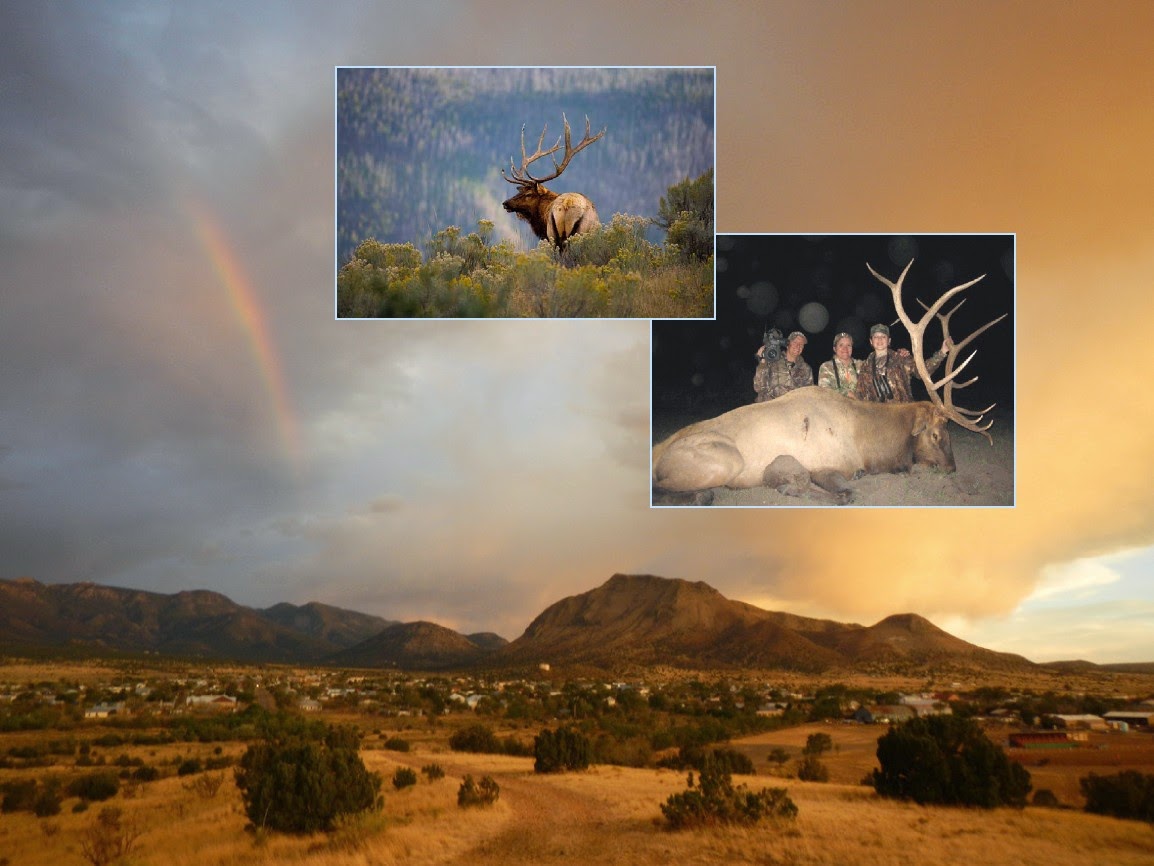 .
Statements from
AN INTERVIEW WITH DR. FRED PHILLIPS

Director of the Hydrology Program
New Mexico Tech
Socorro, New Mexico
Conducted early August, 2013
.
[Besides pumping water, the foreigners have
another brilliant idea, and that's how they'll
"recharge" the aquifer.]
.
"The developers there, the San Augustin Ranch,
are proposing to put in wells that are very deep,
and the number that I heard mentioned in the newspaper
and so on, was 3,000 feet deep, and they claim that
they will pump a confined aquifer that will have
minimum effects on the shallower aquifers,
which is where most of the local residents rely for
domestic water and water for livestock."
. 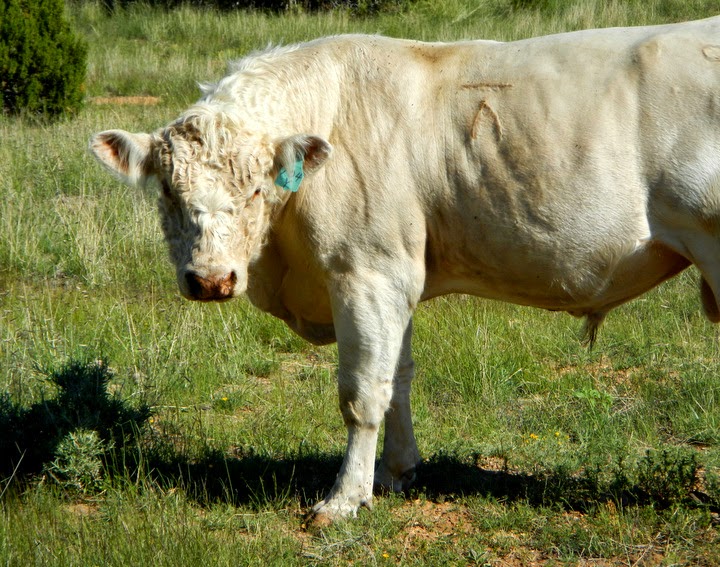 .
"They also claim that they are going to induce  recharge
in some way, and this is not quite clear to me,
I have not seen the specifics on this, so I can't comment
very well on the merits of it,
but I have some inherent doubts about it....
because, the amount of time that's required for water
to reach the depths which they're proposing to pump
are very considerable, and studies haven't been done
on this, but if its typical of other basins in this part
of the country, that water at that depth, probably
recharged during the Pleistocene, during the last
ice age, more than 10,000 years ago, and the idea
that you could induce surface infiltration at the present
time and resupply that aquifer that is 3,000 feet deep,
is somewhat....it's difficult to envision how
that's going to work."
.
Interviewer:  This claim that they can capture
all the rainfall that's being lost to evaporation seems
like an EXTREME concept, to put it mildly.  I googled
and found that the way it's done is to somehow seal the
land - and that this has been done in parts
of north Africa and the Mideast.
What can you tell me here?
.
"Any water that runs off - the San Augustin Basin
is a closed basin - there's no outlet to the ocean,
so it runs down into the middle of the basin and then
it sinks down into the land.  Whatever runs off
to the central playa, most of that becomes
groundwater recharge.
So, the only way to increase that groundwater
recharge is to reduce the amount that the plants
and the soil are using, and the standard method
for doing that - as you say - is to put some sort
of seal - asphalt, or plastic, or something, over the
land surface, so you collect all of the precipitation,
all of the rainfall, and you put it
into some central collection area where it then
infiltrates downward....and that's technically
feasible, but I have doubts as to whether converting
large areas of the landscape around the San Augustin Plains
to asphalt or something similar would be acceptable to
most people that live in the area."
. 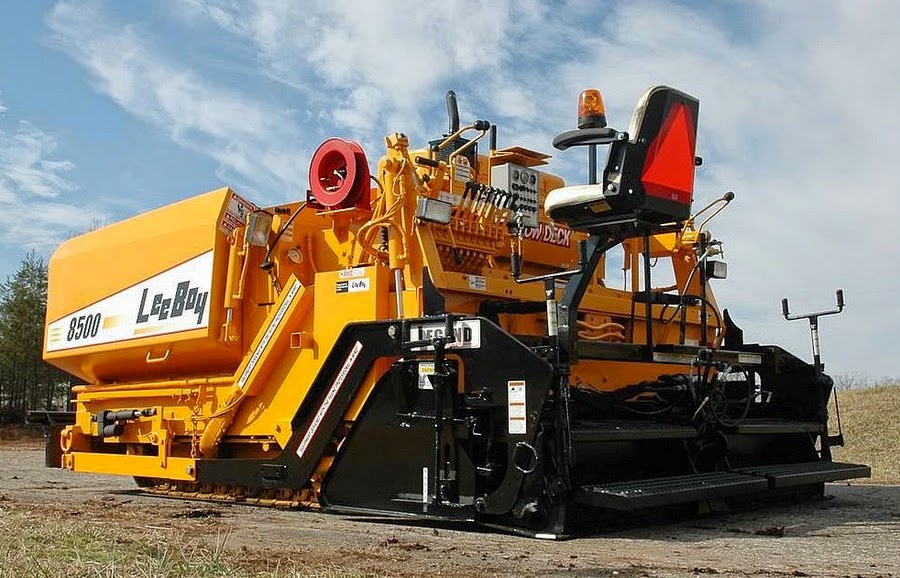 .
What about the idea that if you seal it off....
well, isn't there a chance that funguses, microbes,
biological strangeness....that something, some
problem, could occur beneath the surface?
.
"Well, I think any 'biological strangeness' that
would be induced by putting a seal over the land
surface would be small in comparison to the
'biological strangeness' of denuding the landscape."
.
Then, of course, there's no opportunity for wildlife.
.
"That is correct, yes.  Once you've removed all the vegetation,
then you've eliminated the ecosystem."
.
Note: The above is just a small part of the interview
we conducted with Dr. Phillips.  We have a blog post up
from last summer that has much more - see it here:
http://stopthewatergrab.blogspot.com/2013/08/dr-hydrologist-weighs-in-story-of.html
. 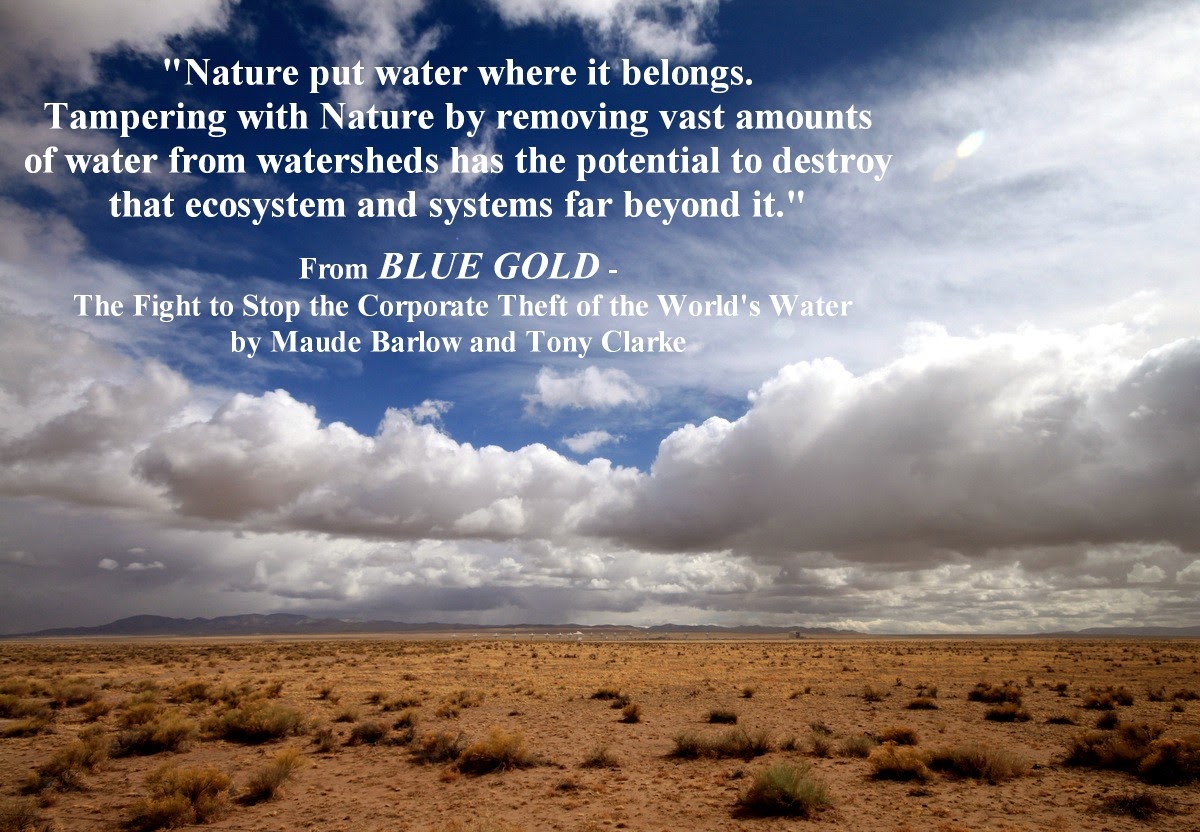 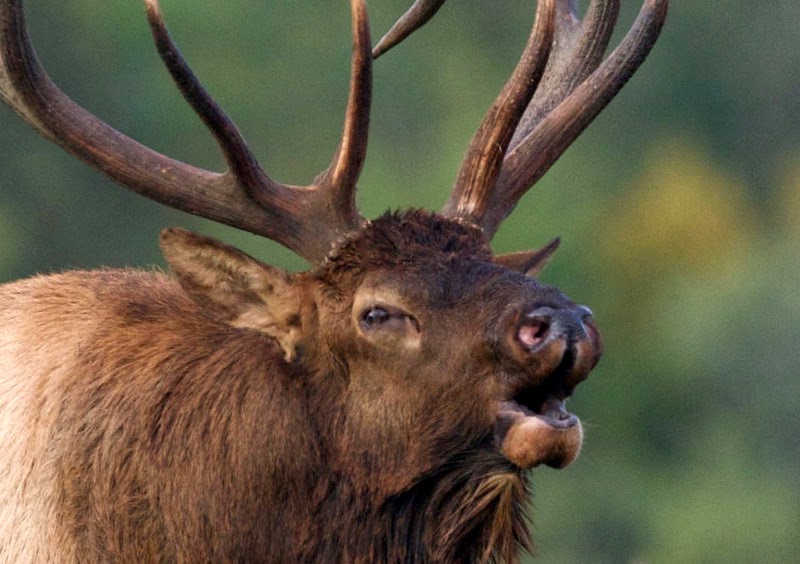 .
The whole area is a "wildlife park" of sorts.
Nearby US Forest Service lands offer beautiful
ponderosa forests, miles of trout streams, and
numerous lakes. All over this country one
can find herds of elk, deer,  and antelope, along
with gangs, rafts, or posses of turkeys
(that's what ya' call a bunch of 'em).
The region is also home to mountain lion, bighorn sheep,
black bear, Mexican wolf, bobcat, fox, coyote, badger,
bald eagle, golden eagle, ducks, geese, quail, dove,
and many other species of wildlife.

.
This area of New Mexico is famous for having
the world's largest elk. Elk in the area have scored
over 400 Boone and Crocket. 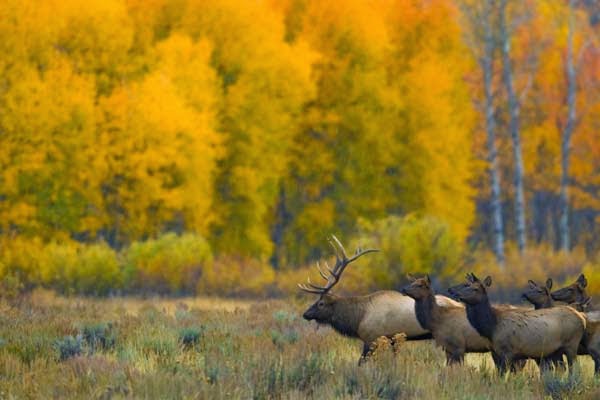 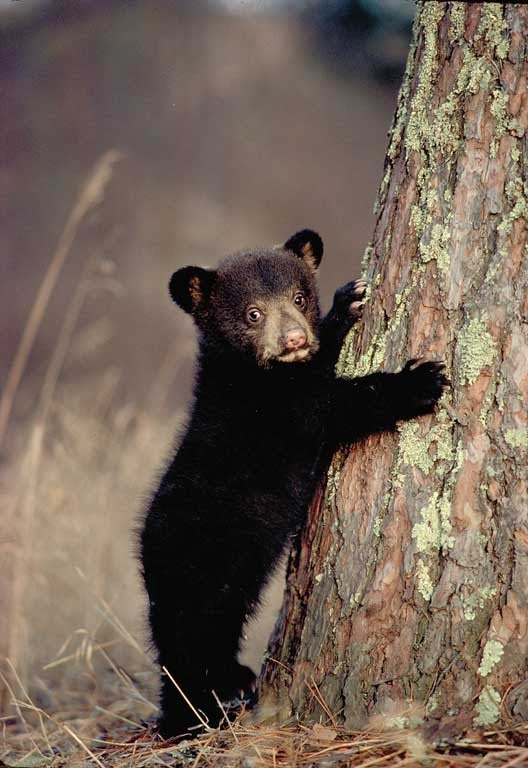 .
The New Mexico Department of Game and Fish
is only one in a long list of "protestants" in
the legal proceedings against the foreigners -
Bruno Modena and son Vittorio, from Italy,
and unnamed others who are the foreign
owners/operators/investors working under the
corporate name of Augustin Plains Ranch LLC.
These are not ranchers, or a water company
from Europe, or anything like that.
These are big-time hustlers, scammers, schemers.
They refuse to divulge their sources of money;
they refuse to fully divulge corporate ownership,
or show a financial statement of any kind.
They smell like mafia, underworld,
foreign operators of some kind.
Their Project Director, Michel Jichlinski, a
Norwegian who got his masters degree in Jerusalem,
was the President and CEO of a federal contractor
that got caught stealing millions of taxpayers'
dollars from contracts in war zones in
Iraq and Afghanistan.
Bribery was common - they called it "grease money"
the whistleblower testified.  And now Jichlinski
works here, in what is openly known as one of
the most corrupt states in the country.
Oh boy.
Luckily, there's a lot of opposition to this idiocy. 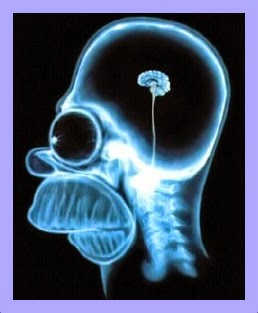 .
Here's just a few of the outfits signed-up
against the WATER GRAB, there's a

.
Just one question.
Yes.
With all this opposition how have
these guys gotten this far?
Why wasn't this blown away long ago?
This seems really nuts when one
looks at the facts.
Well, that's actually two questions and a
remark....but the same answer applies to all.
It's because New Mexico is so damned corrupt.
The foreigners have a ton of cash, and you
can be sure they've been trolling with it up in
Santa Fe, and elsewhere.  They've probably
got a mess of fish on the stringer.
It's easy fishin' with Land of Enchantment
politicos and so-called "professionals" in
state and federal

SERVICE.
The ones who take the cash are, of course,
traitors to their people.  Shameless.  Worthless.
You kind of wonder if their conscience could kill 'em.
Doubtful.
But in time, something will, some cancer or
fatal accident, some passage of life.
And then they'll get EXACTLY
what's coming to them.
. 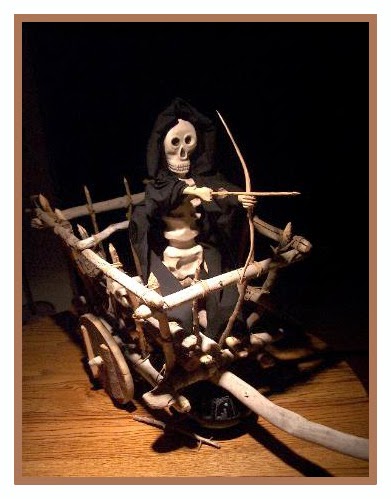 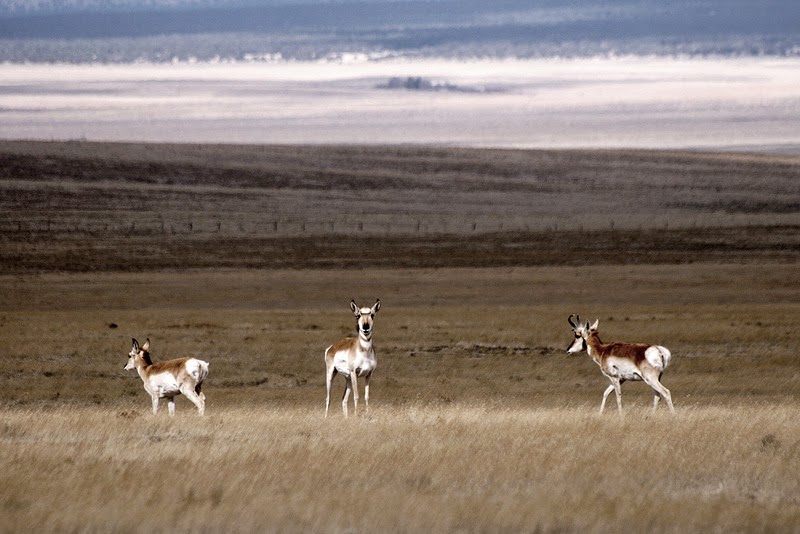 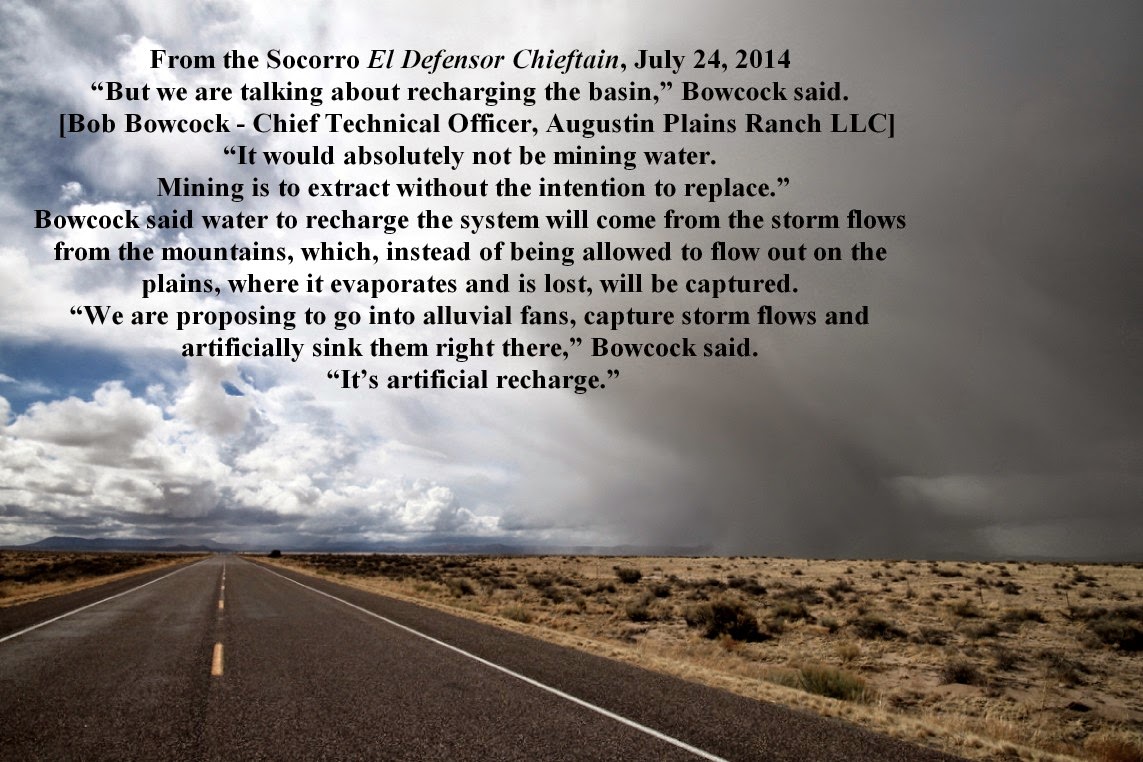 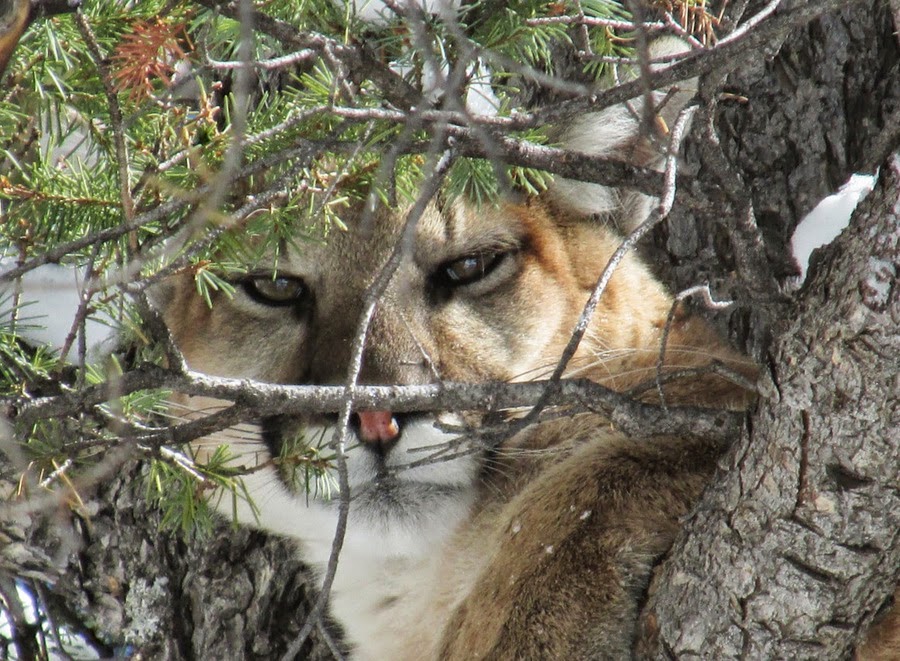 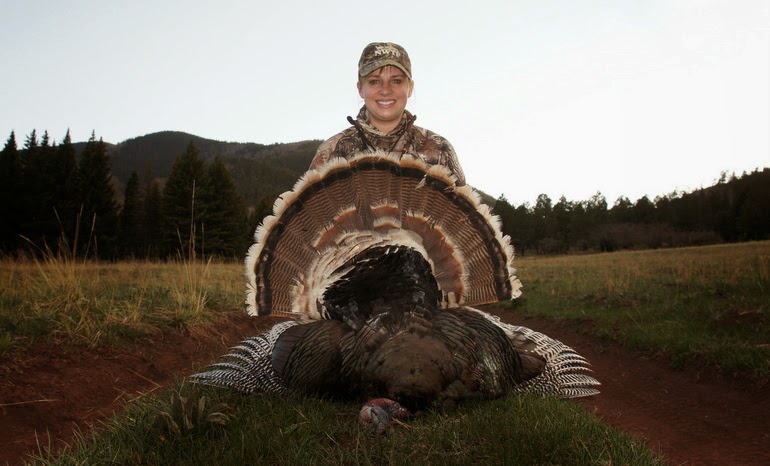 .
Posted by Matt Middleton at 7:21 AM No comments: 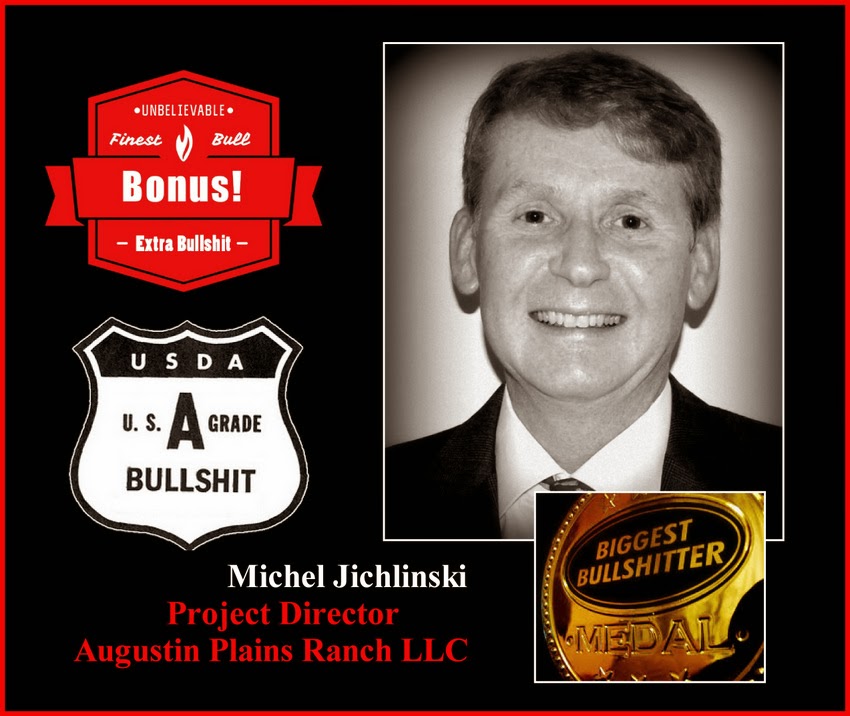 The article below is from
Albuquerque Business First
. 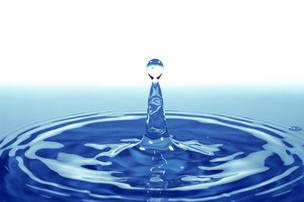 Enlarge Photo
.
The Augustin Plains Ranch water project has been included in a list of the top infrastructure proposals in North America.

The Augustin Plains Ranch water project has been included in a list of the top infrastructure proposals in North America.
CG/LA Infrastructure Inc., a Washington-based consulting firm, included the project in its Top 100 list of projects. The Augustin Plains Ranch project was one of eight water or wastewater projects, and the only one from New Mexico, included on the list.
“We are pleased to hear that APR has made the Strategic Top 100 list for 2014,” said Michel Jichlinski, the project director, in a statement. “This project is a very big step in developing a new and sustainable source of water for New Mexicans for generations to come, and I am glad that it has been recognized in North America for its innovation, feasibility, and legitimate purpose.”

.
The owners of the Augustin Plains Ranch LLC near Datil are proposing wells and a pipeline that would transfer 54,000 acre-feet of water annually to the Albuquerque and Rio Rancho area.
APR says it already has spent about $3 million investigating the possibility of the project and has now submitted an application with the Office of the State Engineer to see if an official hearing process can be established.
.

There's just one problem here:
Michel Jichlinski is the Project Director for the
Augustin Plains Ranch LLC,
but also works for CG/LA Infrastructure,
the outfit that's behind this "award" of sorts.
He's on their Advisory Board, which you
can be sure advises the firm on
WHAT PROJECTS to recognize
on some BULLSHIT  Top 100 list.
The infrastructure and engineering crowd
has a lot of buddy-buddy stuff when it
comes to kissing each others' asses,
shop-talking money, and worse.
On the big-time level, it's extremely incestuous.
A lot of these boys have been in bed
together on contracts.  They are, one might say,
connected, and they advance each
others' agendas faithfully. 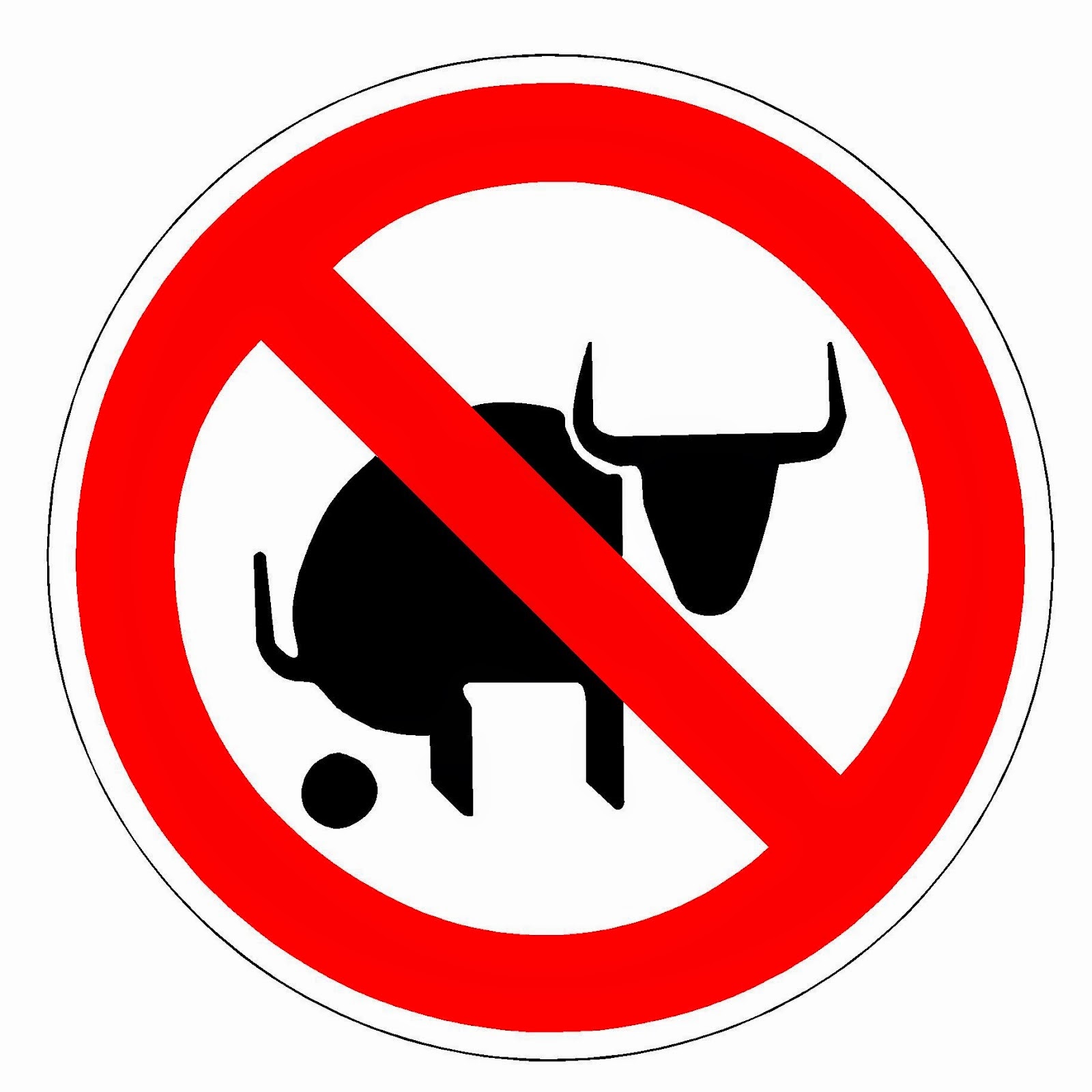 .
Does any of this crap mean anything?
Of course not.  But it gets them ink in the press,
and it all sounds sooooo professional.
It's all just more manufactured hype.
It's no different than a Professional Thieves organization
putting out a Top 100 Best Con/Swindle list.
These guys would make that list for damn sure.
. 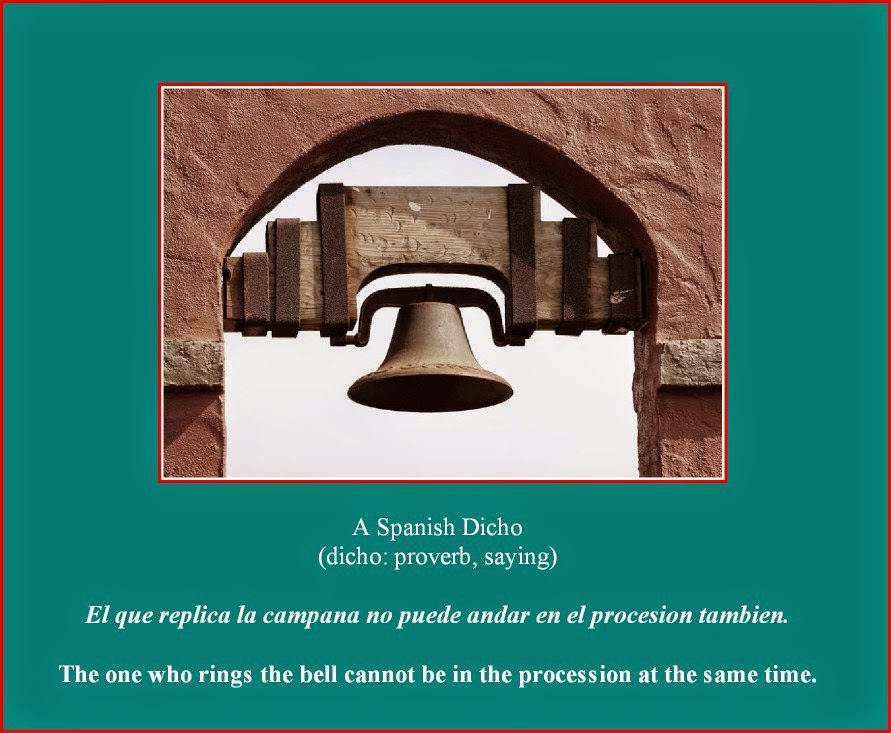 "Corruption, embezzlement, fraud, these are all
characteristics which exist everywhere. It is
regrettably the way human nature functions,
whether we like it or not. What successful
economies do is keep it to a minimum.
No one has ever eliminated
any of that stuff."
*
Alan Greenspan 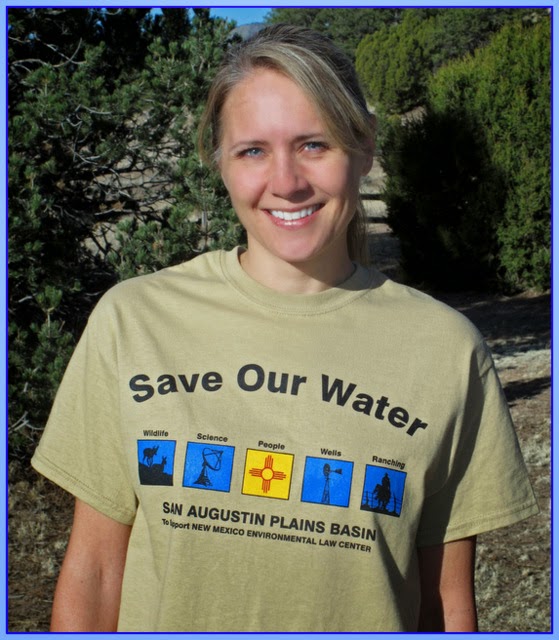 T-SHIRTS Still Available
There's a small batch of the last printing
in sizes Med thru 2XL, in orange and/or tan.
Cost is $15 and includes mailing.
Proceeds go to the New Mexico
Environmental Law Center.
To check on what sizes/colors are available,
please contact Carol Pittman at:
sanaugustinwaterreport@gmail.com
. 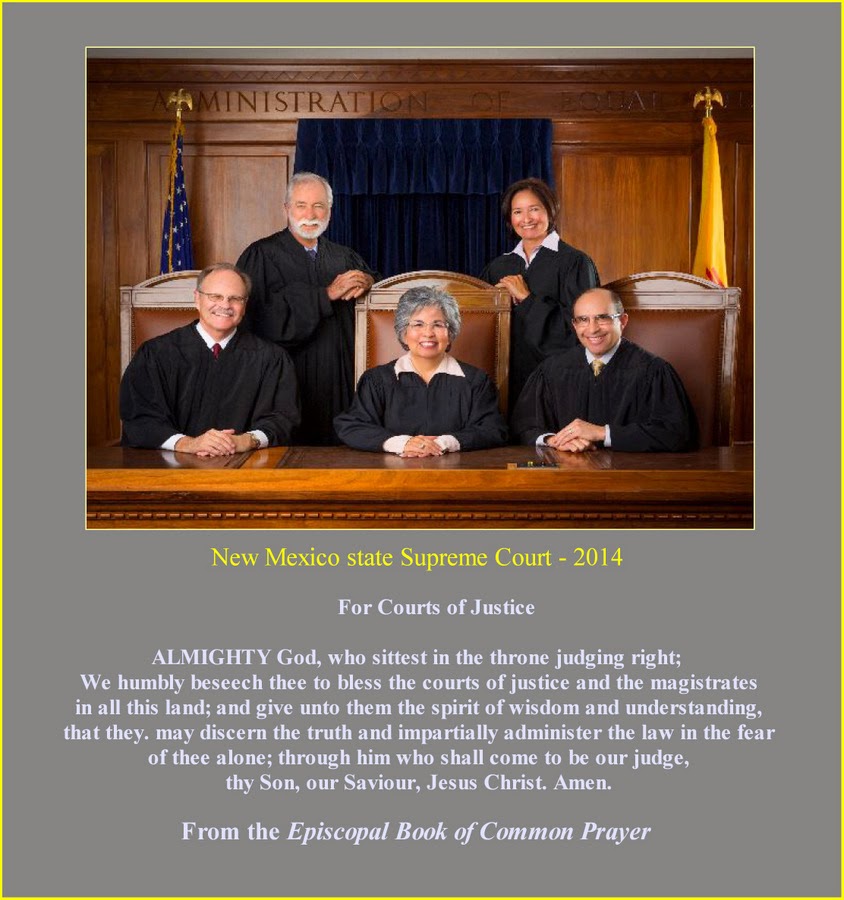 .
Posted by Matt Middleton at 9:53 AM No comments: