NEWS FROM THE FRONT 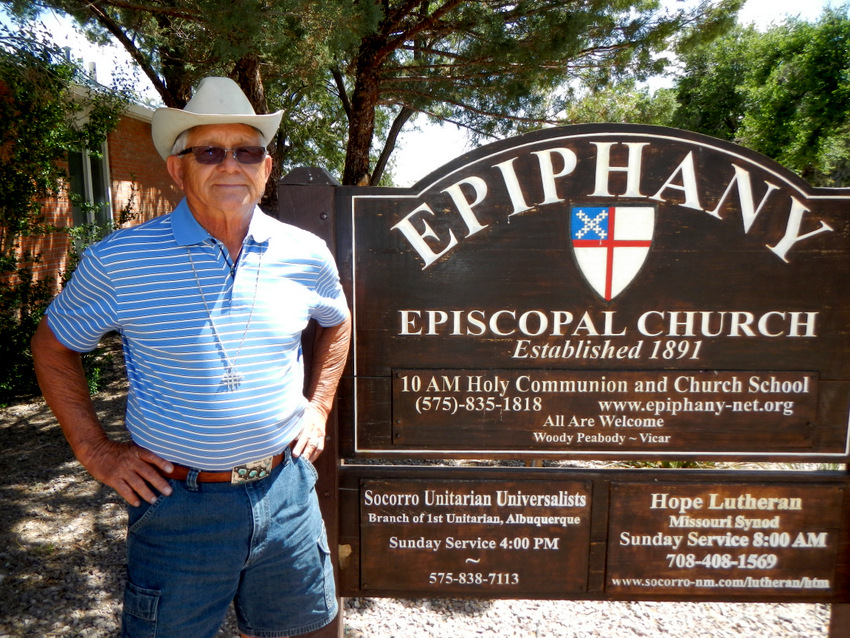 .
Above - Father Tommy Means, affiliated with the Epiphany Episcopal Church in Socorro, will be a
leading voice in the "PRAYER VIGIL FOR RAIN & BLESSING OF THE WATERS"
planned for June 15 at Montosa, west of Magdalena.
Below is the print ad running in the local papers.
. 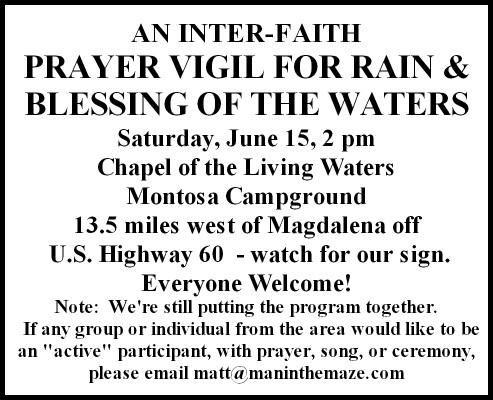 .
Below is just a song - no video - from Kentucky Thunder
and Ricky Skaggs, that we're turning into a video for YouTube.
We'll have the "premiere" of the video on the web about
the same time the prayer event takes place at Montosa,
and we'll be showing it there of course. Great song.
. 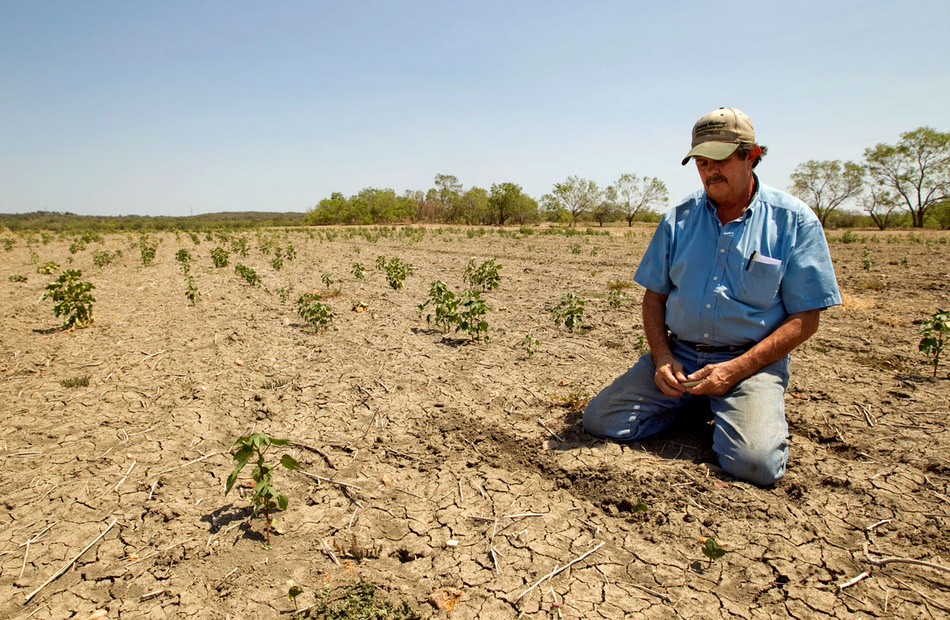 .
There's a lot of good material to draw upon with a focus like this -
principally of course from the Bible - but wonderful original material
has come from verse, poetry, song - the simple prayers of ranchers,
farmers, country-western singers, and the common man everywhere.
Water
is a universal necessity, and during a drought like we're experiencing,
people naturally start thinking "outside of the box."  It can't hurt, and
if it brings people together in common purpose, common interest, with a
genuine effort to ask for Divine assistance, then certainly it's worth doing.
People need to feel a religious connection of some sort, as a community,
as a common human denominator that binds people who can see
that we're all in this together, and we need help -
from the sky to the aquifer.
.
The effectiveness of prayer is perhaps impossible to PROVE, but
its effect on those who pray, is real, if they are sincere, or, as the
preacher would say - if they have faith.  Why not get down on our knees?
God knows we've been taking a hell of a lot for granted, for a long, long
time.  Plus, I hear the sandwiches will be passably good.
.
We'll get more up about recent developments over the
next few days.  We're up to our ears with lining up interviews
and pre-production details for some video pieces on YouTube,
which will all be part of a half-hour program on the issue.
This takes time.  Meanwhile....
.
The opposition is active of course, throwing money around
to buy right-of-way for a pipeline to the Rio Grande Valley,
even though the project is still not approved.
Have they thrown enough money at the state's politicians
and officials that they feel they have a "done deal"???
.
Below - the bosque  - green belt - of the Rio Grande Valley
in the Socorro area.  The river is hidden by the trees in this
photo, except for a small sliver on the left it appears.
The LLC's plans involve piping their stolen water to
this area, and then moving it northward, toward Rio Rancho,
Santa Fe, and who knows where.
You can check a map that's included in the Rio Rancho Observer
article that came out in mid-April.  See it here:
http://www.rrobserver.com/news/local/article_9857bff2-a6d7-11e2-96e5-001a4bcf887a.html
. 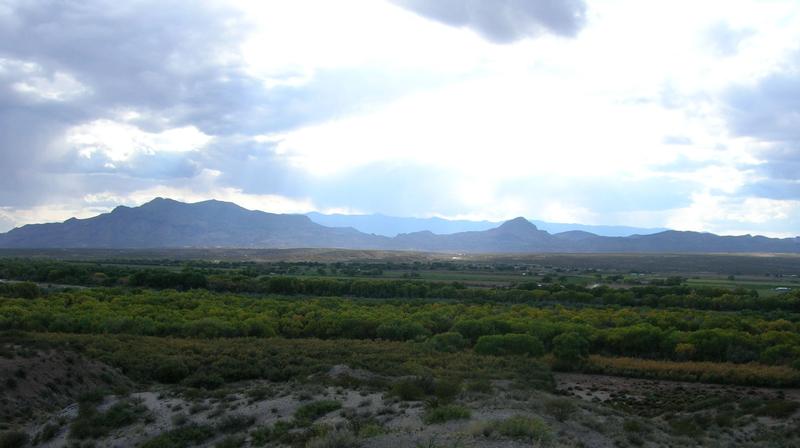 .
Below is a petition to Governor Susana Martinez
concerning water, organized by Max Yeh, who organized
two earlier petitions to members of the
State Legislature.
This type of activism is healthy - it helps keep
the water issue in the public eye.
***
New Mexico Water Petition III
by Max Yeh (Contact)
To be delivered to: Governor Susana Martinez
Petition Statement
.
Dear Governor Martinez,
.
Scarcity of water is endemic in New Mexico. Even in non-drought times, we use more water than nature replenishes. The drought has brought the water situation to a crisis, but it is not the cause of the crisis. Water scarcity results from the internal contradictions of our water system. Without water there is no life, liberty, or the pursuit of happiness. Yet, you have not responded to the crisis. Do you have a water plan?
.
I ask you, as Governor of our state, to exercise some leadership in this area and send to the Legislature directives on dealing with the structural defects which have accrued over many years of mindless avoidance of the issue of water. Declaring the drought an emergency and setting up a Drought Task Force do not cut it. The state needs leadership.
.
If the system is broken, fix it. We would like a system that is sustainable, fair, not susceptible to abuse by money or political power. Remember that water belongs to the people.
. 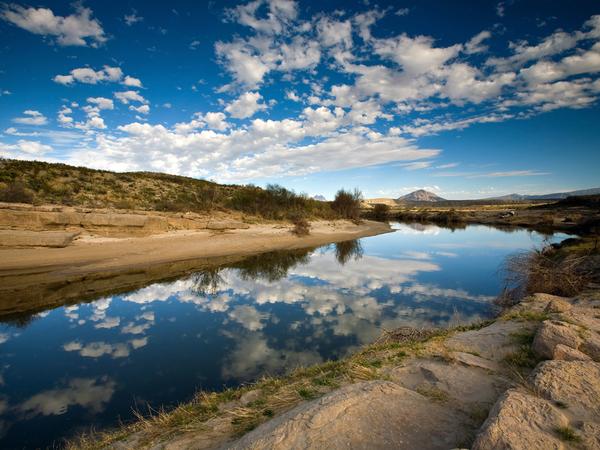 .
Petition Background
.
Three months ago we circulated two petitions alerting the New Mexico Legislature and the Governor of the water crisis in New Mexico, a crisis of overuse which the drought both revealed and concealed. The present scarcity of water has motivated users to use more water than needed in order to protect their water rights. It has caused innumerable litigation. It has brought forth plans to get more water in innumerable and expensive and self-destructive ways. All these aspects of a water crisis show a substantial, substantive, and structural problem with New Mexico’s water system. Yet, these cracks in the system are hidden by the commonplace that scarcity is caused by the drought, a temporary and not a structural problem. Legislators have responded to our appeal and created both an Interim Legislative Committee on Water and Natural Resource and a Subcommittee on drought. But the Governor has not responded to the over 5,000 emails she received on this issue. 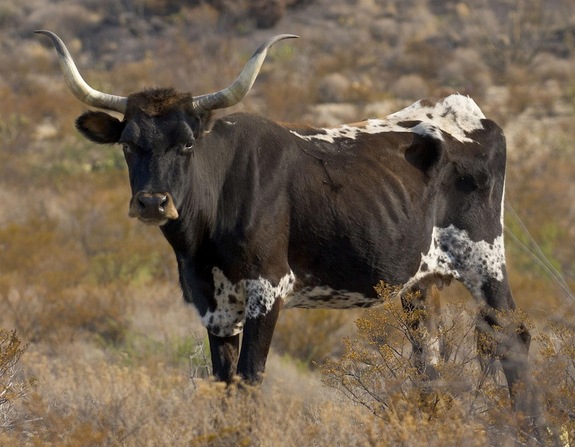 .
From The Huffington Post
.
Prayers For Rain In Drought Plagued Western States
Spurs Resurgence Of Faith

Get Religion Alerts:
Sign Up
Follow:
Prayer and Meditation , Catholic Prayer For Rain , Prayers And Meditations , Prayers For Rain , Praying For Drought , Western Draught , Religion News
BERNALILLO, N.M. — Along the irrigation canal that cuts through this centuries-old New Mexico town, a small group of churchgoers gathers to recite the rosary before tossing rose petals into the water.
Remnants of a tradition that stretches back to the days of Spanish explorers, the humble offerings are aimed at blessing this year's meager irrigation season and easing a relentless drought that continues to march across New Mexico and much of the western half of the U.S.
From the heart of New Mexico to West Texas and Oklahoma, the pressures of drought have resulted in a resurgence of faith – from Christian preachers and Catholic priests encouraging prayer processions to American Indian tribes using their closely guarded traditions in an effort to coax Mother Nature to deliver some much needed rain.
On Sunday, congregations across eastern New Mexico and West Texas are planning a day of prayer for moisture and rain.
"We're worried, but we're maintaining our traditional ways and cultural ways. Together we pray, and individually we pray," said Peter Pino, administrator of Zia Pueblo. "We haven't lost hope in the spiritual world, that they'll be able to provide us resources throughout the year.
"We're not giving up. That's pretty much all we can do at this point."
In its wake, the drought has left farmland idle, herds of cattle have been decimated, the threat of wildfire has intensified and cities are thinking twice about the sustainability of their water supplies.
In New Mexico, the renewed interest in the divine and the tension with Mother Nature stems from nearly three years of hot, dry weather. There is no place in the country right now that has it worse than New Mexico. The latest federal drought map shows conditions are extreme or worse across nearly 82 percent of the state. There are spots that have fallen behind in rainfall by as much as 24 inches, causing rivers to run dry and reservoirs to dip to record low levels.
In neighboring Texas and Oklahoma, the story is no different.


The faithful gathered Wednesday night in Oklahoma City to recite a collection of Christian, Muslim and Jewish prayers for the year's first worship service dedicated to rain.
The Catholic bishop in Lubbock is planning a special Mass at a local farm in two weeks so that farmers can have their seeds and soil blessed. The archbishop of New Mexico's largest diocese has turned to the Internet and social media to urge parishioners to pray.
The prayer is simple: "Look to our dry hills and fields, dear God, and bless them with the living blessing of soft rain. Then the land will rejoice and rivers will sing your praises, and the hearts of all will be made glad. Amen."

In Bernalillo, the parishioners from Our Lady of Sorrows church recited the rosary as they walked a few blocks from the church to the irrigation canal on a recent Friday evening. At the front of the procession, two men carried an effigy of San Isidro, the patron saint of farmers.
"I think people need to pray for rain," said Orlando Lucero, a school teacher and county commissioner who organized the procession. "We used to do it in every community and in every parish. It was a beautiful tradition that disappeared. Now I'm hoping that we can get other parishes involved."

In Clovis, hospital administrator and active church member Hoyt Skabelund hopes thousands join Sunday's prayer day.
"I don't know that moisture comes because we pray," he said. "You're going to have ebbs and flows and not all rainfall is because someone prayed and not all droughts are because someone didn't pray. But I do believe that prayers are answered and faith in God and a higher power unlocks the powers of heaven."
After all, praying can't hurt, he said.

The simple act of digging a new post hole in eastern New Mexico tells the story of how dry it is. Moist dirt used to turn up several inches below the surface. Now, Skabelund said, someone can dig several feet and not run into any moisture.
In dry times, it's natural for farmers and others who depend on the land to turn to God, said Laura Lincoln, executive director of the Texas Conference of Churches. Still, she and others said praying doesn't take away the responsibility of people to do what they can to ease the effects of drought.
Church leaders are urging their parishioners to conserve water and use better land-management practices like rotating crops.

"We have to play our part," said The Rev. William Tabbernee, head of the Oklahoma Conference of Churches. "Prayer puts us in touch with God, but it also helps us to focus on the fact that it is a partnership that we're involved in. We need to cooperate with God and all of humanity to be responsible stewards of the gifts God has given us through nature."
___
Follow Susan Montoya Bryan: http://www.twitter.com/susanmbryanNM

Related on HuffPost:
.
Below is the link to a short (2:57) YouTube video
about a "Blessing of the Waters and Prayers for Rain"
ceremony in Albuquerque's Atrisco neighborhood.
San Ysidro, the patron saint of farmers and ranchers,
is the spiritual focus here.  A neat little program -
which was basically an invitation to the event - held this
past May 18, with photos and footage from previous
such ceremonies.
.
http://www.youtube.com/watch?v=UJVYctn5XRA&feature=player_embedded
. 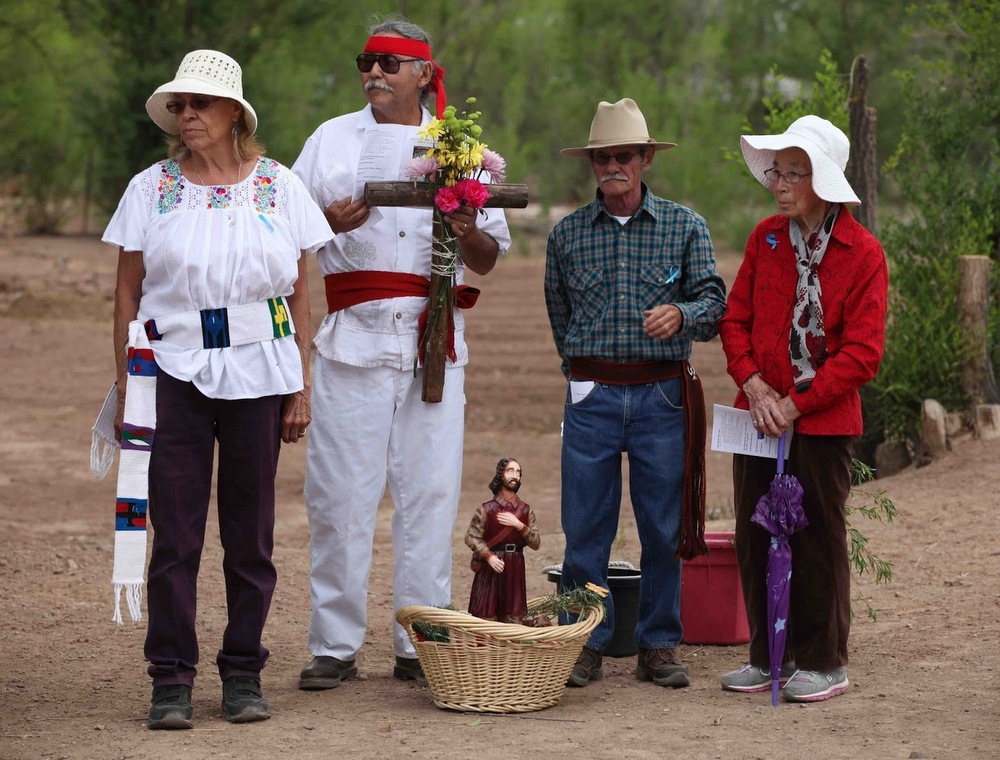 .
Posted by Matt Middleton at 6:30 AM No comments: