A STORY OF HYPOCRISY AND OTHER NONSENSE 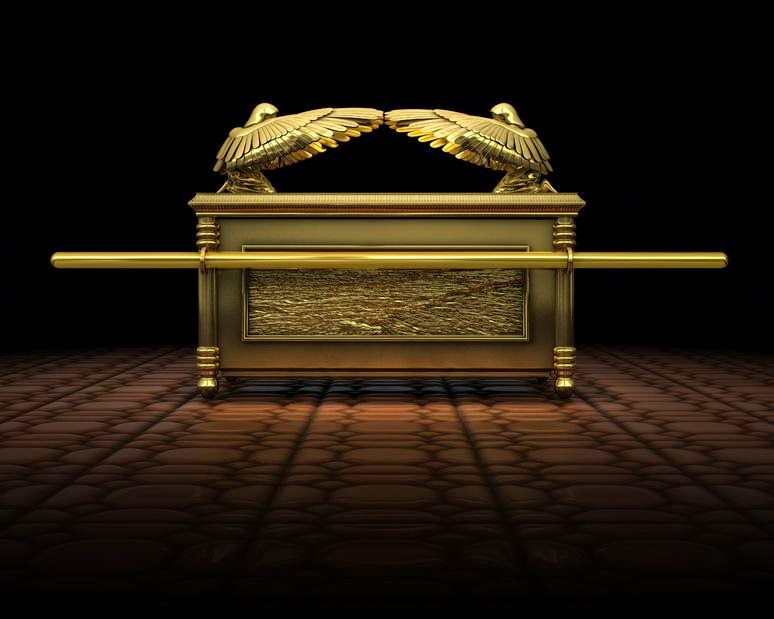 .
Above is a modern replica of the Ark of the Covenant.
For those of you not familiar with the Ark, or have
forgotten your Bible  stories from when you were a kid,
here's a defiition and some details from Wikipedia.
(An Ark from Italy has a connection to our principal investor
on the Water Grab, Mr. Bruno Modena from Milan, Italy.
Read on, this gets fascinating.)
.
"The Ark of the Covenant (Hebrew: אָרוֹן הַבְּרִית‎ ʾĀrôn Habbərît, modern pron. Aron Habrit), also known as the Ark of the Testimony, is a chest described in the Book of Exodus as containing the Tablets of Stone on which the Ten Commandments were inscribed. According to some traditional interpretations of the Book of Exodus, Book of Numbers, and the Letter to the Hebrews the Ark also contained Aaron's rod, a jar of manna and the first Torah scroll as written by Moses; however, the first of the Books of Kings says that at the time of King Solomon, the Ark contained only the two Tablets of the Law.   According to the Book of Exodus, the Ark was built at the command of God, in accordance with the instructions given to Moses on Mount Sinai. God was said to have communicated with Moses "from between the two cherubim" on the Ark's cover."
. 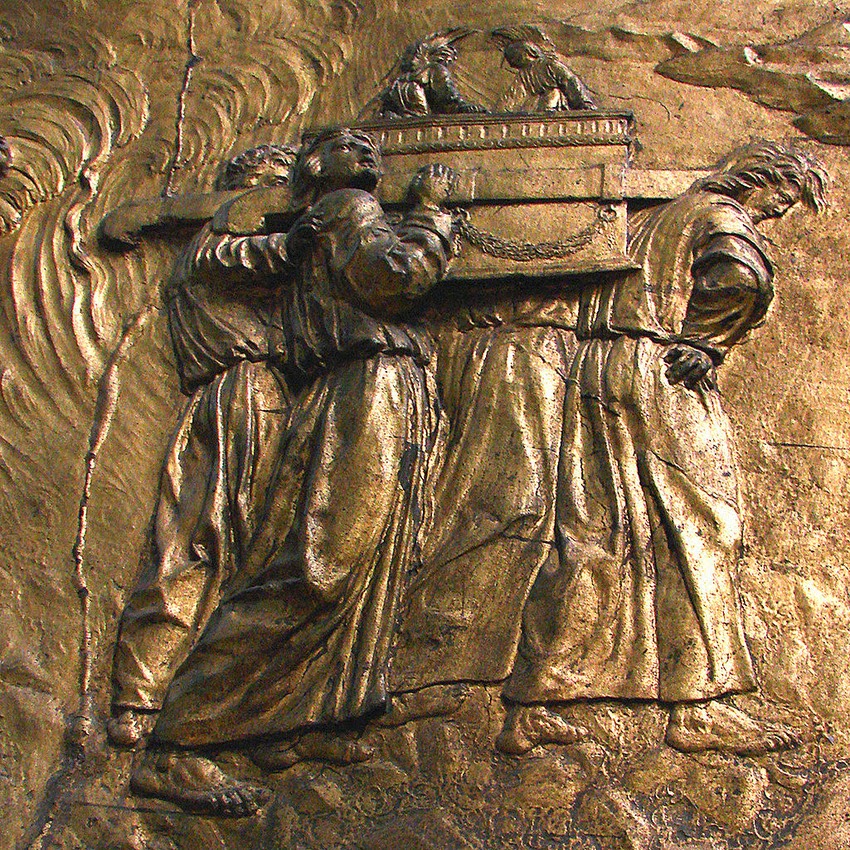 "The biblical account relates that during the Israelites' exodus from Egypt, the Ark was carried by the priests some 2,000 cubits in advance of the people and their army, or host.  When the Ark was borne by priests into the bed of the Jordan, water in the river separated, opening a pathway for the entire host to pass through (Josh. 3:15-16; 4:7-18). The city of Jericho was taken with no more than a shout after the Ark of the Covenant was paraded for seven days around its wall by seven priests sounding seven trumpets of rams' horns.
(Josh. 6:4-20)."
. 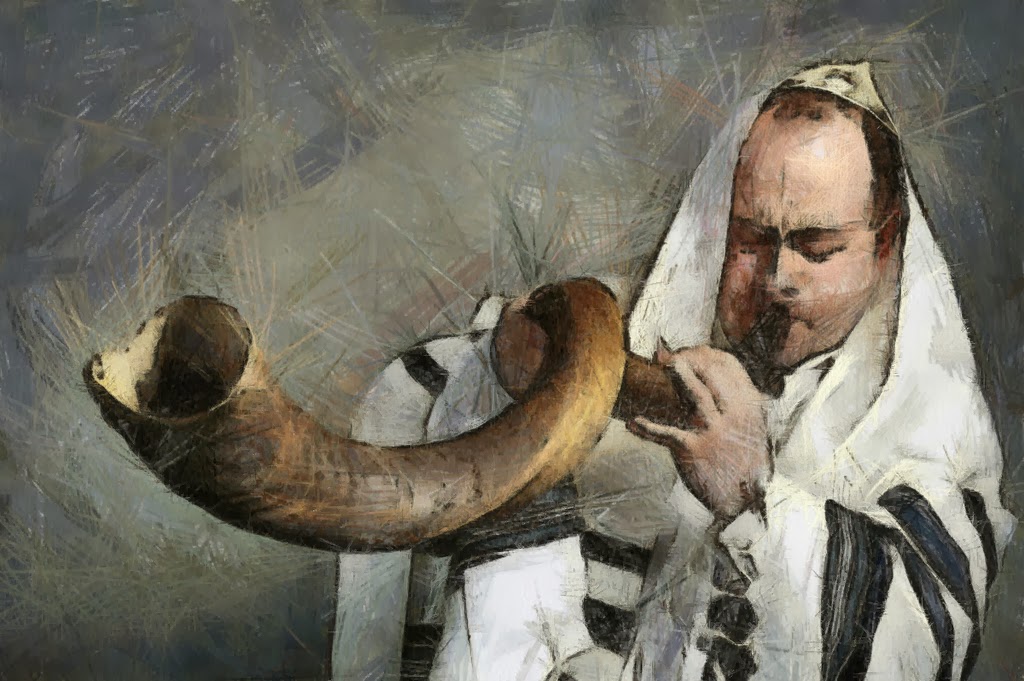 .
Every synagogue (Jewish house of prayer) has some form of  Holy Ark.
Some are simple, others extremely elaborate.
They don't look like the original Ark, but they serve a purpose
not unlike the original, only modified, one might say.
In time things become symbolic, ritualized, formalized, petrified,
and in some cases outright garish, and strange.

.
In the early 1970's, an Ark that had once been in a synagogue
in a small Italian town arrived in Israel.
The Jewish population of the town in Italy had dispersed,
the synagogue had been torn down, and the Ark
and some other relics were stashed in a warehouse.
Bruno Modena took possession of the Ark and donated it to the
Eretz Israel Museum in Tel Aviv.

.
It got an amazing amount of attention -
years were spent in the restoration.  A special building, designed
by a well known architect in Israel, was constructed to display it.
Here's the link to a page from the Eretz Israel Museum website
about the piece:
http://www.eretzmuseum.org.il/e/212/
. 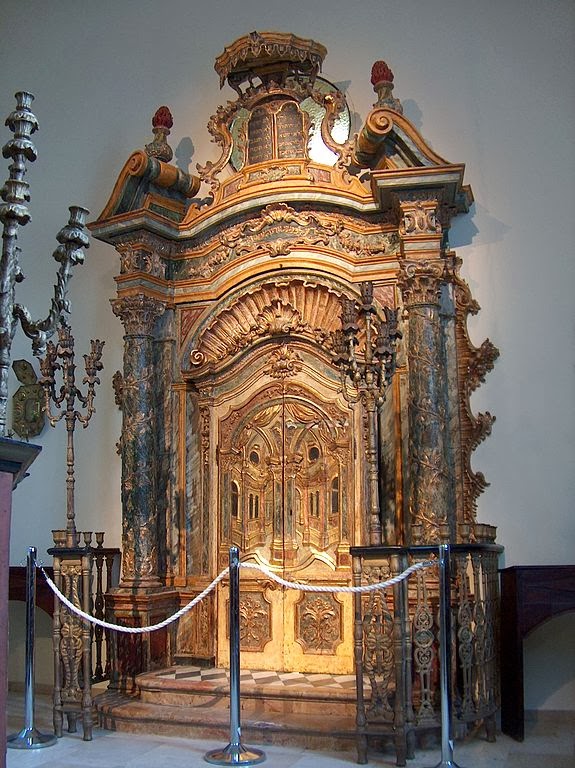 .
You'll note the two tablets with the commandments on them
at the top - black with gold lettering.  So, here we have
a religious relic from Europe, built in the 18th century,
with a lot of valuable ($$$$$$$$) elements.
It almost sounds like a Catholic deal of some sort.
They love expensive, outlandish relics of the Church's past,
things they can somehow get their name attached to.
Give BIG and receive salvation.  A number of horribly
misguided rich Catholics have bought into that lie.
I'd bet though that when Bruno comes for visits to Israel
he's treated like royalty.  Well, that was part
of the reason for doing it, right Bruno?
As well as eternal reward?
Your TICKET?
(Photos above and further below: Israel Eretz Museum)
. 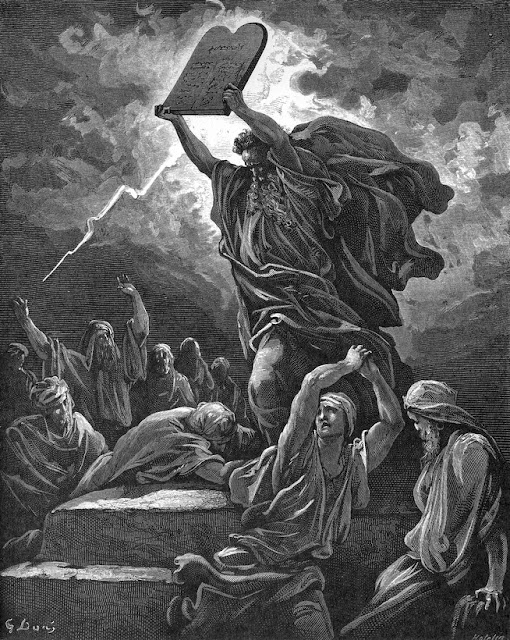 .
What's fascinating here is the irony of having someone who
must be something of a hero for finding, and then GIVING, the
piece to the museum, and then who so openly violates the
Tenth Commandment, the one about COVETING WHAT
DOES NOT BELONG TO YOU.  Your neighbor has
something you desire, in this case it's water.
It's not yours, but you want it.
You're guilty of violating the 10th Commandment.
You flaunt your desire right in God's sight,
and what?  Figure somehow you'll be forgiven because
of your generosity?
.
Many Biblical and Torah scholars would disagree with you.
Some insist it doesn't work that way.
Some insist that the active plotting and scheming, by trying in
SOME way, ANY way, to GET WHAT YOU DESIRE,
WHAT YOU COVET, WHAT BELONGS TO YOUR NEIGHBOR,
IS ACTIVE DISOBEDIENCE TO THE COMMANDMENT.
And that you'll pay the price.  Period.
(Check with your local Torah scholar.)
.
Some people would declare you are possibly damning yourself
to an inevitable and disastrous surprise on your death.
God, many say, is no respecter of PERSONS.
The titles, the wealth, the acclaim, the ego...all mean nothing.
If you're a gambling man Bruno....well, maybe you're
betting that the scales the angel holds will tip in your favor.
Maybe you know more about the Divine Courts than we all do.
Maybe you've hedged your bets with gifts.  Elaborate ones.
I hate to tell you this, but I don't think it'll fly.
.
Here's a thought from aish.com, a Jewish website:
.
"If the desire for something is based on need, then fulfillment
brings contentment. If the goal, however, is simply to have more
than everyone else, then we are doomed to
disappointment and to ever-greater dissatisfaction. There’s
always somebody who has something we don’t — which is
enough to stir up within us envy to prevent us from being
content with what is ours. That’s why coveting
consumes its practitioner.
In the most profound sense, those who covet fail to
acknowledge the powerful truth that there is enough in this
world to satisfy everyone’s need but there’s never enough to
satisfy people’s greed."
.
"The deepest depth of vulgarism is that of
setting up money as the Ark of the Covenant."
.
Thomas Carlyle
Scottish Historian and Essayist 1795-1881
. 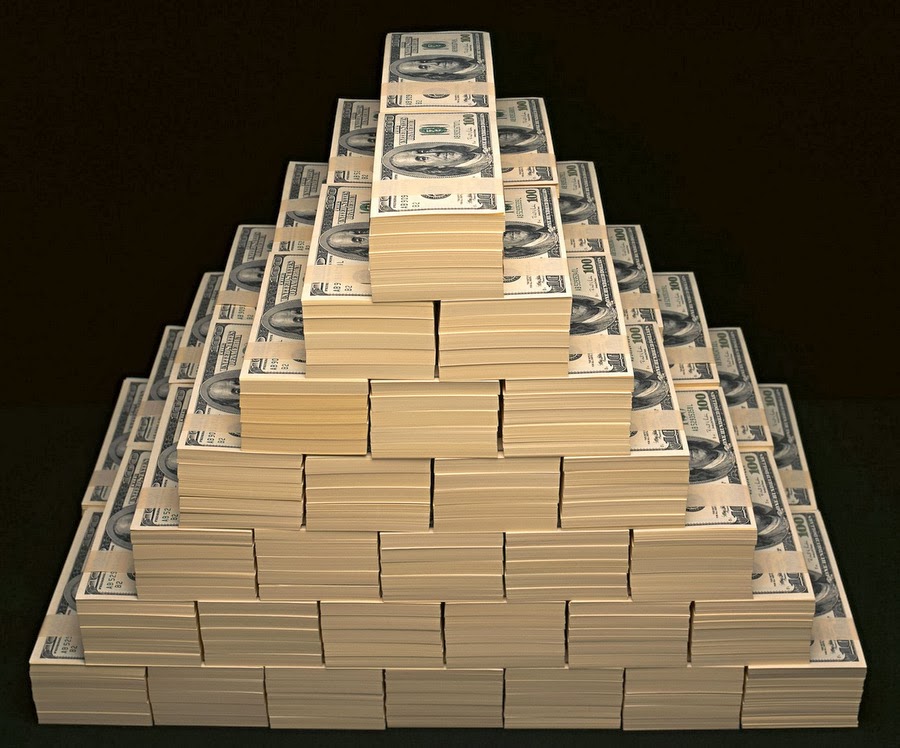 .
The Ark of the Covenant has symbolism all over it -
literally and figuratively.  Here are some interesting notes
from the JewishVirtualLibrary.org:
.
"The Ark was used in the desert and in Israel
proper for a number of spiritual and
pragmatic purposes. Practically, God used the
Ark as an indicator of when he wanted the
nation to travel, and when to stop. In the
traveling formation in the desert, the Ark was
carried 2000 cubits ahead of the nation (Num.
R. 2:9). According to one midrash, it would
clear the path for the nation by burning
snakes, scorpions, and thorns with two jets of
flame that shot from its underside; another
midrash says that rather than being carried by
its bearers, the Ark in fact carried its bearers
inches above the ground. When the Israelites
went to war in the desert and during the
conquering of Canaan, the Ark accompanied
them; whether its presence was symbolic, to
provide motivation for the Jews, or whether it
actually aided them in fighting, is debated by
commentators." 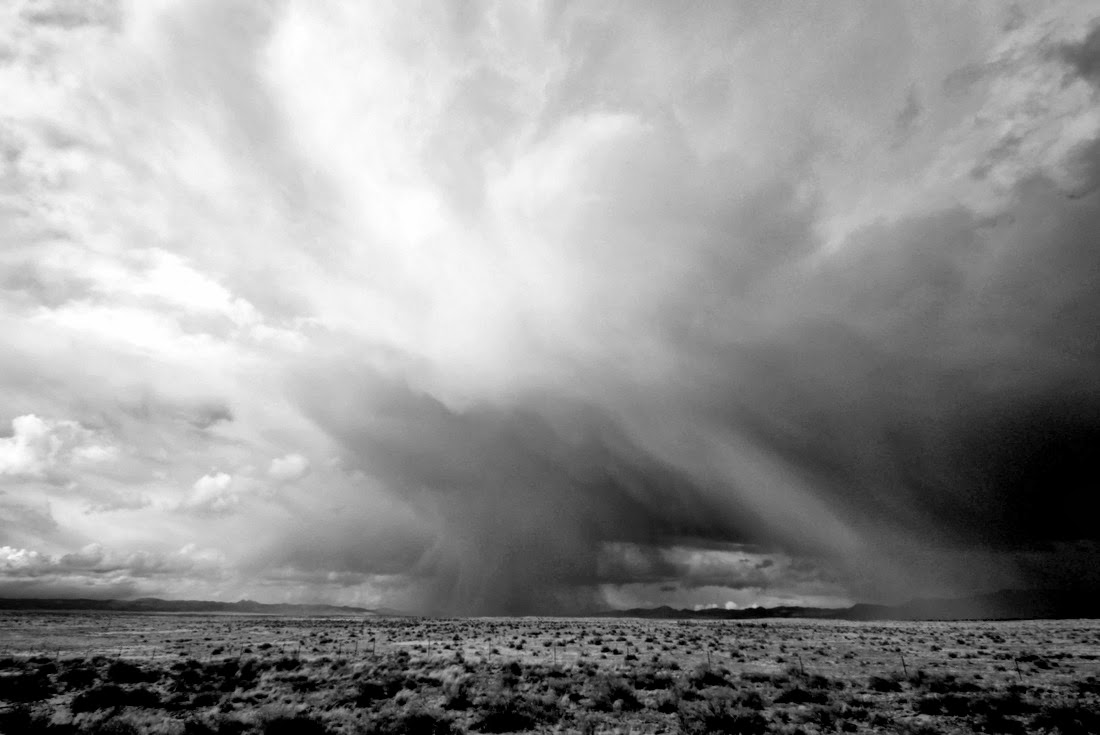 .
(Above - A downburst out on the Plains, right about where the
Augustin Plains Ranch LLC is, on April 9 of this year.
Technically it's called a WET MICROBURST by weather guy types,
smaller than 2.5 miles across, with a downpour and HEAVY winds.)
.

(Continued from the JewishVirtualLibrary.org)
"Spiritually, the Ark was the manifestation of
God's physical presence on earth (the shekhina).
The relationship between the Ark and the shekhina
is reinforced by the recurring motif of clouds.
God's presence is frequently seen in
the guise of a cloud in the Bible (Ex. 24:16),
and the Ark is constantly accompanied by
clouds: When God spoke from between the
Cherubs, there was a glowing cloud visible
there (Ex. 40:35); when the Jews traveled,
they were led by the Ark and a pillar of clouds
(Num. 10:34); at night, the pillar of clouds was
replaced by a pillar of fire, another common
descriptor of God's appearance (Ex. 24:17)"
.

Today many people, including some writers and historians,
refer to Apocalyptic predictions that involve the Ark
in the world and times we live in now.
And of course, it's found it's way into contemporary
culture via Hollywood.  The "finding" of the real Ark
remains a subject of endless conjecture.
.

.
Below are illustrations and a song that concern an ancient story
that was passed through the Nazerite brotherhood,
a religious group that John the Baptist had belonged to.
The story is related in the New Testament, but actually
probably predates the time of Christ.  Some scholars—e.g.,
G. B. Caird, Joachim Jeremias, Marshall,  Hugo Gressmann,
suggest the basic storyline of The Rich Man and Lazarus was
derived from Jewish stories that had developed from an
Egyptian folk tale about Si-Osiris.
.

"We have in fact one of the cases where the background to the
teaching is more probably found in non-biblical sources."


I. Howard Marshall, The New International Greek Testament
Commentary: The Gospel of Luke.
. 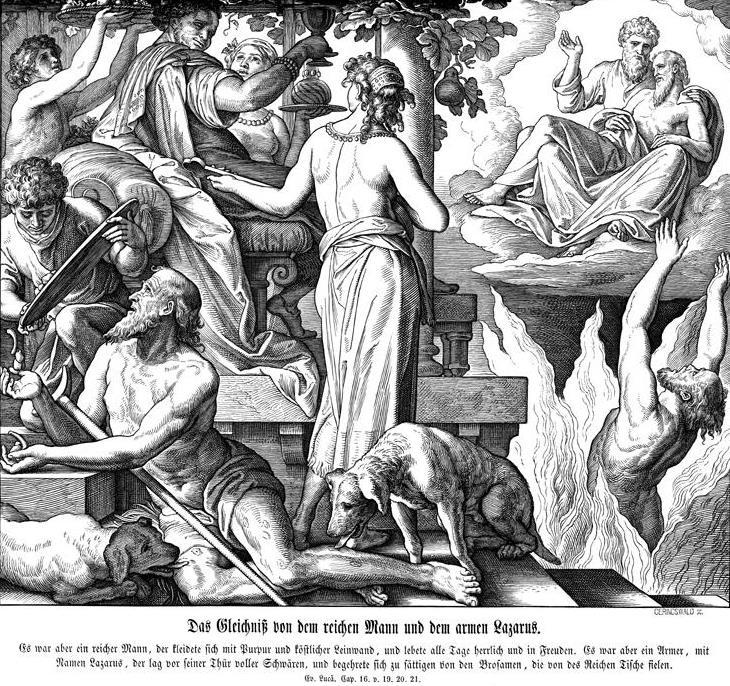 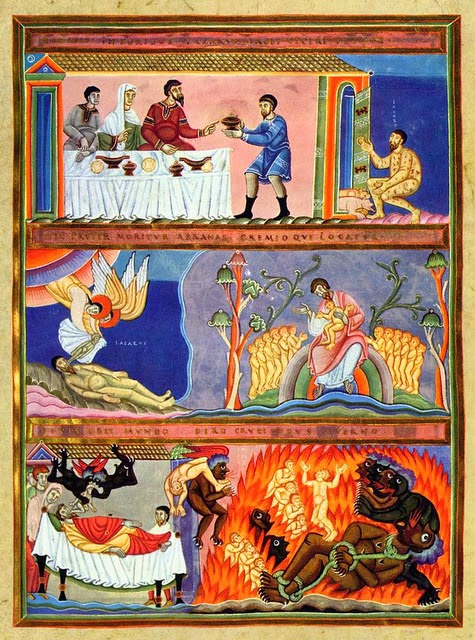 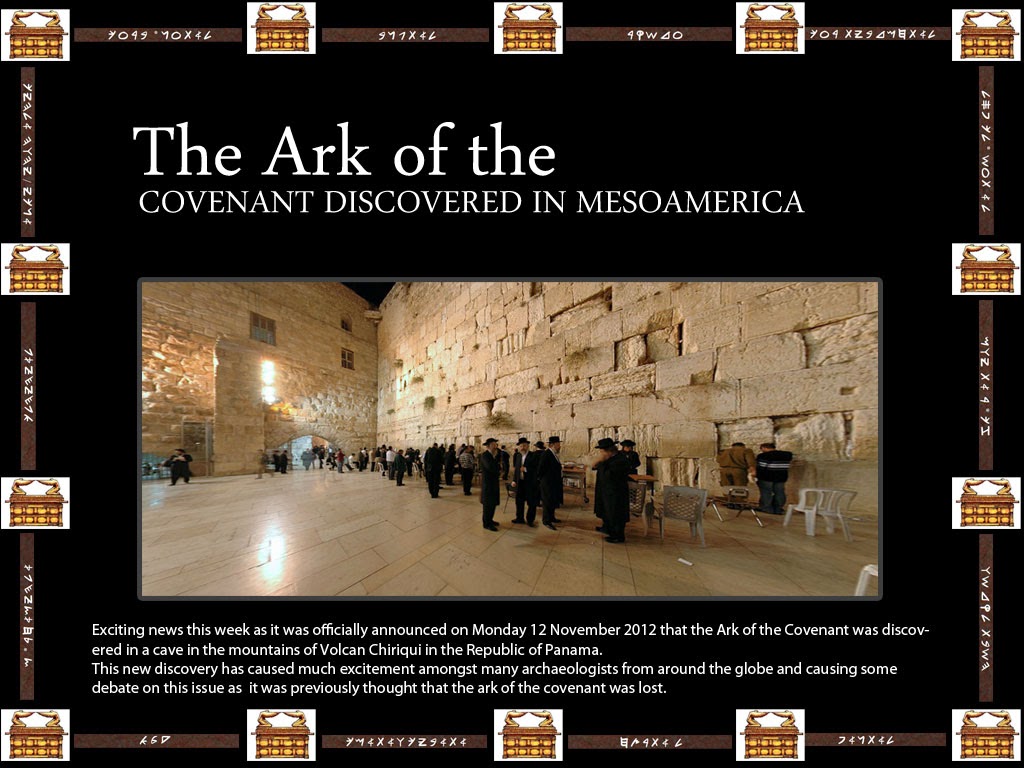 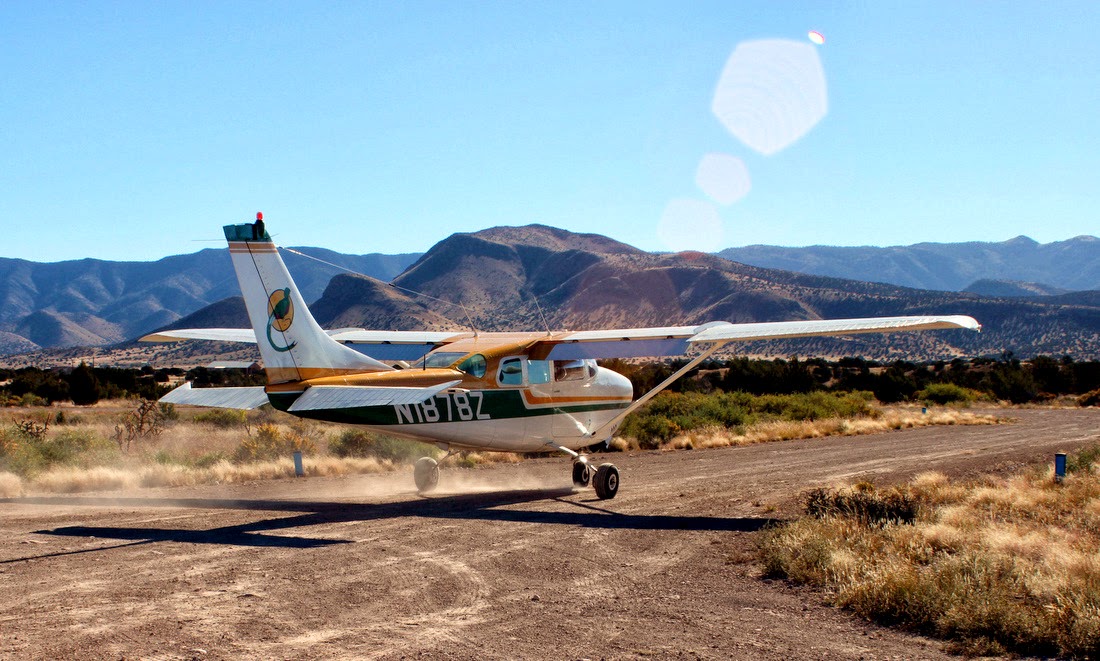 
Our friend Jerry Hoogerwerf, from Socorro, New Mexico,
landed the other day to take us up for some
aerial reconnaissance and photography.


Jerry's a terrific pilot, and believes in what we're doing.
It was a FREEBIE.  Thanks a lot Jerry!
Thank God for our friends.
Off we go!
. 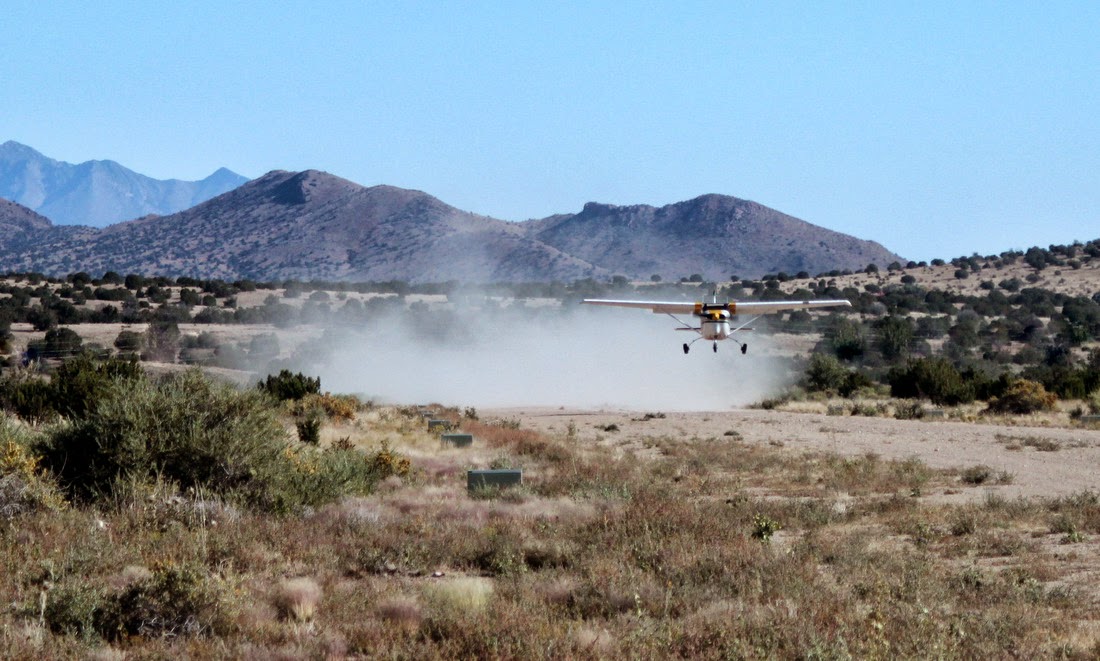 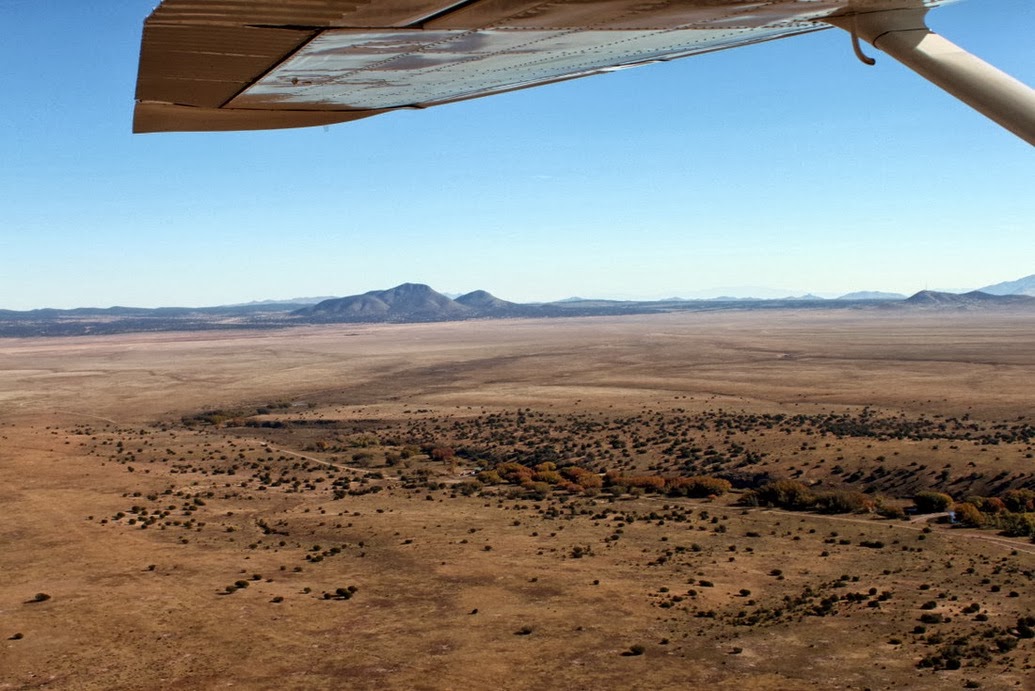 .
Editor's Note: we had some corporate water nightmare stories
here, but are re-posting them later in a new post/presentation.
This post had gotten too long - the Ark story is what brings people
who "search" for "whatever" and find this particular place.
This post has had a BIG number of hits,
second only to "THE RIO GRANDE" post,
and the hits are mostly from Europe,
with big additions from Russia, Ukraine,
Moldova, Israel....
These guys are international operators, and
so there's lots of curiousity about what happens when
corporate pigs go up against a religious offense.
It doesn't happen often.

.
It's an apocalyptic story, from what I'm told.
However, there's plenty of time and space for the
corporate water theft/control stories later -
they are becoming legion.
These guys are just another drop in the bucket.
. 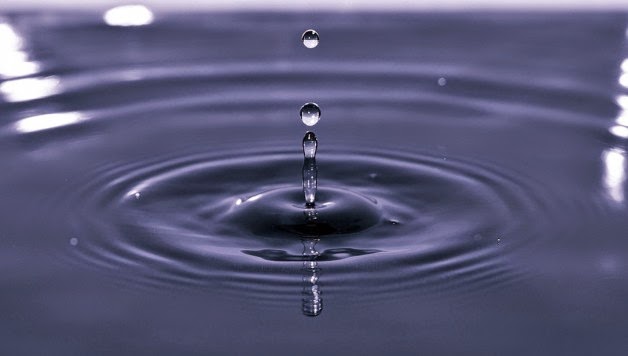