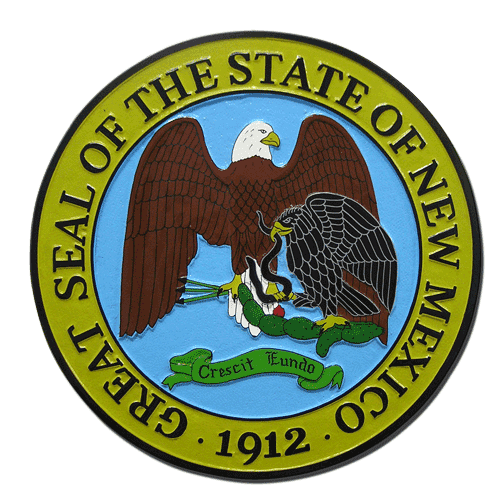 
(New Mexico Watchdog is a project of The Rio Grande Foundation. The Rio Grande Foundation is a research institute dedicated to increasing liberty and prosperity for all of New Mexico’s citizens. We do this by informing New Mexicans of the importance of individual freedom, limited government, and economic opportunity. Through New Mexico Watchdog we hope to better inform the citizens of New Mexico how their state and local governments work and how their money is being spent. We welcome tips about government waste, fraud, abuse and corruption, regardless of the political affiliation of the politician or official involved.)
.
Suffering through the state’s worst drought in 60 years, New Mexico farmers and ranchers may get help from the Roundhouse ­– but at a hefty price for taxpayers.
Senate Bill 440, sponsored by Sen. Joseph Cervantes, D-Las Cruces, calls for $120 million for the Interstate Stream Commission to “acquire, retire, protect and conserve” water in the lower Rio Grande basin, which has degenerated in some spots from a mighty river to a slow-moving stream due to the lack of rain and snow.

“We’re not getting water down to the southern part of the state, and we’ve got to find ways to addresss that,” Cervantes told New Mexico Watchdog. “One of the ways to address that is to import some water from outside the district. Another way to do that is acquire senior water rights.”
“Water is a sleeper issue here inNew Mexico,” Senate Majority Leader Michael Sanchez, D-Belen, said on the opening day of the session. “It is going to be — and already is — a major concern.”
.

PARCHED: This section of the Rio Grande in New Mexico reflects the low water levels across the state. Courtesy: US Geological Survey
.
Nearly every chart, graph and measurement reflects the dire picture across New Mexico.
“It’s a devastating world out there,” said Sen. Stuart Ingle, R-Portales,who is a farmer in the hardest-hit area of the state. “When we do get rain, we’re getting two-tenths, three-tenths of a inch of rains. It’s like putting water on hot grease.”
.

The dry conditions have prompted the Office of the State Engineer and the Interstate Stream Commission to conclude that “as more time passes, and water problems increase in magnitude statewide, existing regional water plans are outdated and useless in addressing emerging water crises.”
SB440′s hefty price tag – it’s about $25 million more than the annual budget for the state Department of Public Safety – may prove to be a big hurdle in tough financial times. But Cervantes, with no pun intended, said that it’s a “drop in the bucket.”
“We have to have a comprehensive approach from the top of the state down,” Cervantes said.
While the bill directly affects the southern part of the state, one of the most influential legislators from the north, Sen. Phil Griego, D-San Jose, says he’ll support it.
“It can’t be a north against the south (situation),” said Griego, a farmer and rancher. “We have to work together as a state because the farmers in the south are suffering the same thing as the farmers in the north.”
Griego plans to introduce his own bill, calling on the state to spend $400,000 from the general fund to construct water storage plants.
Unless the state receives moisture of practically Biblical proportions, expect to see more debate.
“The drought right now is simply bringing to our attention what is inevitably in the future of the state of New Mexico, which is growth and development,” Cervantes said. “We’re trying make that happen. … All those things are tied to water. Nobody’s going to come here, (companies aren’t) going to stay here, we can’t achieve any of those goals if we can’t assure people of the water they need.”
Contact Rob Nikolewski at rob@nmwatchdog.org
. 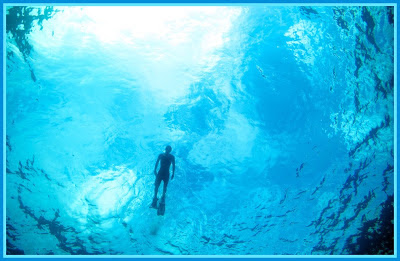 .
A FEW THOUGHTS
.
Senate Bill 440 - just introduced last week by
Senator Joseph Cervantes D-Las Cruces -
opens up the possibility for the state to
"acquire" water to solve the farmers'
problems in part of the state, and fuel more
growth, which Cervantes insists is a pressing
need, which leads to a greater need
for more water, and more water, and....
.
This could lead to the
San Augustin Plains Ranch LLC
filing a new application that could have
the "blessing" of the legislature,
for all practical purposes.
.
The entire Court of Appeals reality would
become a dead issue.  The foreign "investors"
could simply drop the case, and throw out
a new application - and THIS TIME they
could say something which would satisfy the intent of the bill -
get a lot of water from somewhere -
and get the State of New Mexico citizens
to buy it - to the tune of initial millions.
This is just a one-year appropriation,
a ONE-HUNDRED AND TWENTY MILLION
dollar appropriation.
.
Once you got this started, and got people
dependent on that water -
farmers, subdivisions, more golf courses -
could you ever stop it then?  Doubtful.
It could rain for 40 days and nights
across The Land of Enchantment,
but if the contracts with the foreigners
were signed up, locked up, it wouldn't matter.
.
This bill has been sitting around since the
2011 Legislative Session in Santa Fe.
It never went anywhere - almost no one's
even heard of it, until last week.
What, do they have all their ducks
lined up in a row now?
Are all the "right people" on board, like Ben?
. 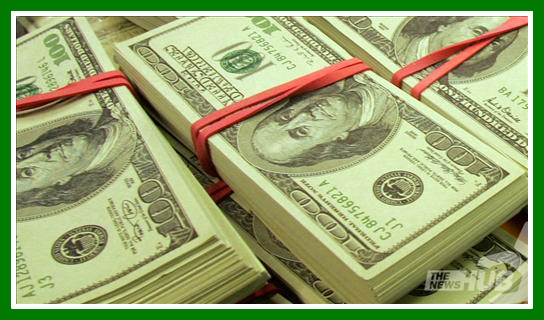 .
The whole process is devious, and strange.
The bill is listed under a
"Hazardous Materials" category when you
search for the bill online.
"HAZARDOUS MATERIALS?"
What's hazardous here is Cervantes
and whoever's paying him.
Where else would they
buy enough water to make a difference?
The northern part of the state seems worried
that Cervantes is looking in that direction
for more water.  How is that possible?
Those folks have been arguing in court about
"who gets what" among themselves for years.
Northern New Mexico has their own problems,
like not enough water.
When Cervantes talks about how a solution
for the southern district is to "acquire" water from
elsewhere, outside the district, you can bet
he's probably eyeballing the Plains.
.
He's obviously been talking to that lobbyist
for these foreigners, who's been knocking
at legislators' doors, and probably spending
wads of cash down at The Bull Ring,
or La Fonda Hotel, those famous
City Different politico hang outs,
where the boys make deals,
and let the lobbyists pick up the tab.
.
There needs to be some work on moving water
around the state, but it has to be done carefully,
and cautiously. The water's our future.
This is a desert, in a drought.
But we can't simply rape the water on a
grand scale from one area, so that
another is "blessed" with crops, stripmalls, subdivisions,
and CASH for every "developer" looking
for quick profits.
This doesn't show any insight, any wisdom,
and those are the qualities the issue cries for.
Where's King Solomon when we need him?
. 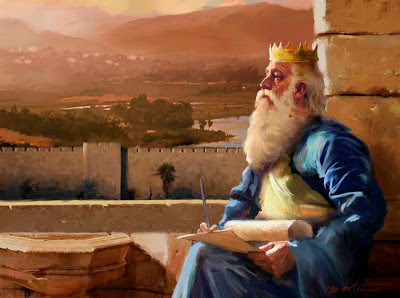 .
Let your state legislator know NOW that
you think Senate Bill 440 is a bad idea,
for a lot of reasons.  Here's the State
Attorney General's finding on the bill:
.
"The Attorney General’s Office (AGO) reports the following:
SB440 purports to make legislative findings of
fact which the AGO reports are false and appear  intended to contradict the State of New Mexico’s legal position and support New Mexico’s opponents,
including the State of Texas, in two important lawsuits, State of
New Mexico v. United States of America Bureau of Reclamation, in New Mexico federal district court and the petition of agencies of   the State of Texas to the United States Supreme Court requesting  permission to sue the State of New Mexico in an
original action before that court."
.
So we have here, good Senator,
"Findings of Fact" that are
"FALSE" and "INTENDED TO SUPPORT
NEW MEXICO'S OPPONENTS,
INCLUDING THE STATE OF TEXAS..."
is what it says.
Hmmmmm.....
.
Well....Senator Dinero,
"False" means LYING where I come from,
and supporting Texans, against your
own people, ought to be a hanging offense.
What does Robert Duvall say in that film -
"Must be Texans, lowest form of
white man there is."
.
So, it's you, and surely these good foreign folks,
and their accountants, and lawyers/shills,
and associates, and bagmen -
Mafia?....Foreign Mafia?
Foreign "Investors?"
What's the term here?
How do they introduce themselves?
"Hi Joe, I've got the cash.
Got time for a brewski?"
And then we have the Texans.
God Help Us!
These people have been a problem for
New Mexico and its people since Day One.
And then there's all that damned money,
just waiting to be split up.
I hope you get what's coming to you.
I pray that you do.
.
Here's the complete report by the AG's office:
http://www.nmlegis.gov/Sessions/13%20Regular/firs/SB0440.PDF
.
Cervantes is a used car salesman,
disguised as an attorney.
Slick, pretty, sly.
I wonder how much he got paid to be
the shill for this scheme?
. 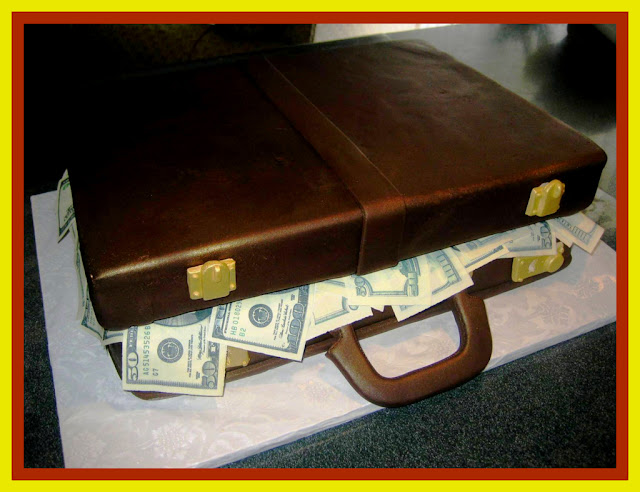 .
“The drought right now is simply bringing to our attention
what is inevitably in the future of the state of New Mexico,
which is growth and development.  We’re trying make that
happen. … All those things are tied to water. Nobody’s going
to come here, (companies aren’t) going to stay here, we can’t
achieve any of those goals if we can’t assure
people of the water they need.”
$enator Joseph Cervante$
. 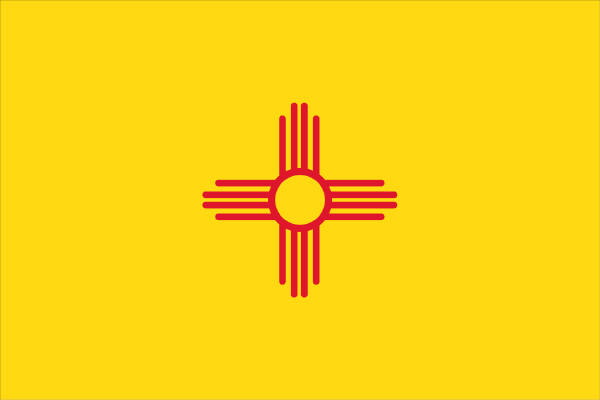 .
STOP THE WATER GRAB!
"A fool and his money are soon elected."
Will Rogers
. 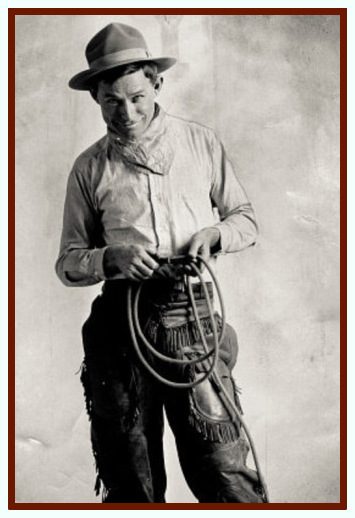